Volkswagen has revealed an estate version of new Arteon coupe could be coming, as well as a V6 engine.

Volkswagen has revealed that is looking at introducing a V6 engine to its new Arteon range as well as developing a sleek estate version of the new four-door coupe, in the same vein as the Mercedes CLS.

The German manufacturer is pinning its hopes for its new Arteon four-door coupe on buyers being able to look past the humble VW badge and spend a good chunk of money on something that's competing with the likes of the BMW 4 Series Gran Coupe and Audi A5 Sportback.

The reveal was made by Dr. Elmar-Marius Licharz, the company’s man in charge of product line for medium and fullsize cars. He said that a prototype with the beefier V6 engine has already been built, so there’s a good chance it will get the stamp of approval from the executives. It's likely to be a turbocharged unit for more power and improved fuel economy.

In related news, VW has also confirmed that the company is toying around with the idea of launching a more practical so-called shooting brake version of the Arteon – an estate, essentially. Our speculative image below shows the more practical Arteon would be quite the looker, so fingers crossed it will happen. Licharz admitted 'plans are underway but it’s not yet final'. 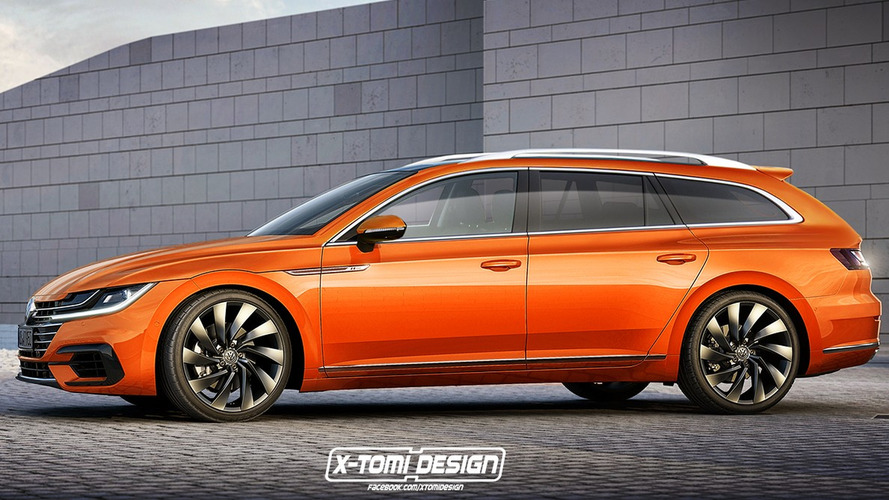