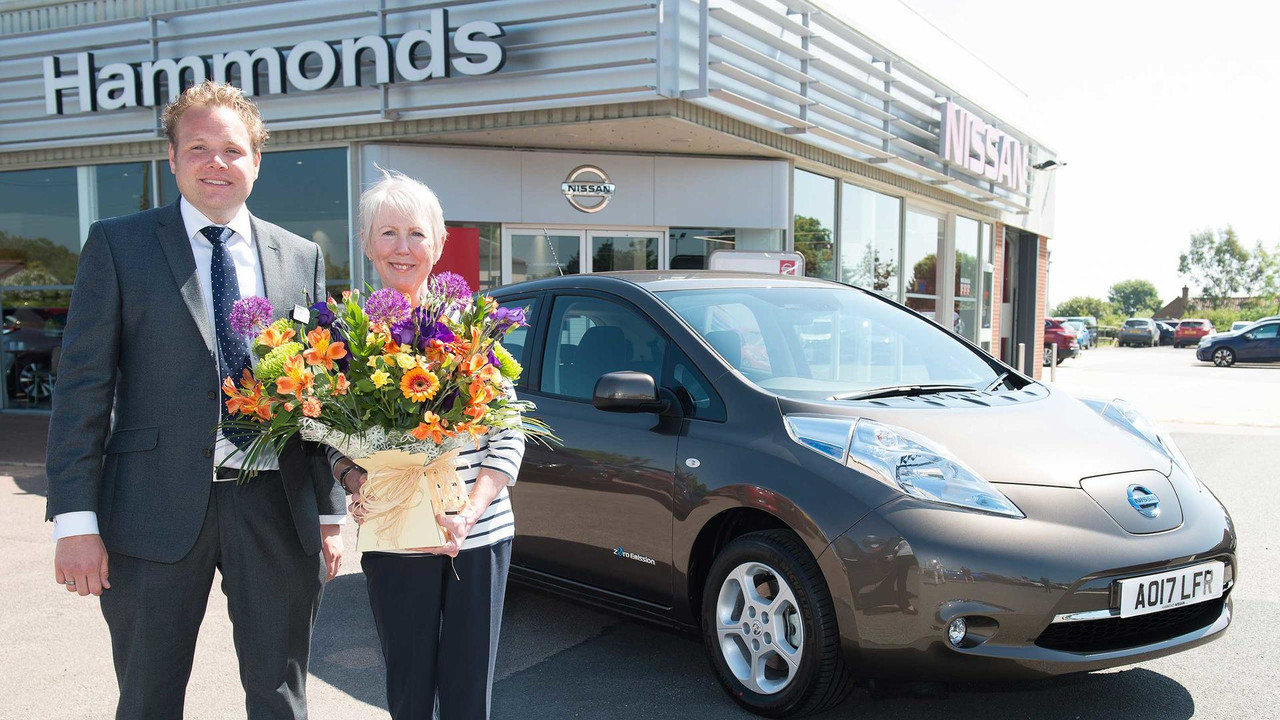 Electric and hybrid cars now account for 4.4 percent of overall new cars sales in Britain, and one of the fully-electric pioneers, the Nissan Leaf, has now topped the 20,000 sales barrier in Britain. Strong and growing demand means the UK is actually the third-largest market in the world for the Leaf EV.

Car buyers Diane and Chris Ray took delivery of the 20,000th Leaf recently. Their local dealer Hammond Nissan in Hollesley, Suffolk did the honours with the handover of a 30kWh Leaf – after taking their old Leaf, a two-year old 24kWh, as part exchange. “When the time came to replace mine I didn’t look at anything else,” she said. “I only wanted another LEAF but this time with the bigger battery.”

High fives all round to the Nissan engineering and marketing teams.

Edward Jones is boss of EVs at Nissan GB, and says demand for the Leaf has been higher over the past 12 months than at any point in the car’s three and a half years on sale. “The number of customers who go on to buy another Leaf is also significantly higher than the industry average.”

Only the United States and Japan beat the UK for Nissan Leaf sales – and Britain is actually the largest market of all for the electric e-NV200 van. We take one in four Leafs sold in Europe and, in the first quarter of this year, every other electric vehicle sold in Britain was a Nissan. Don’t forget, the Leaf is also built here too, as are its batteries: 55 Leafs a day are now leaving the Sunderland plant.

And such ever-growing demand is for a car that’s getting on a bit these days. Nissan admits as much, and is already teasing the all-new Leaf that’s due in 2018…