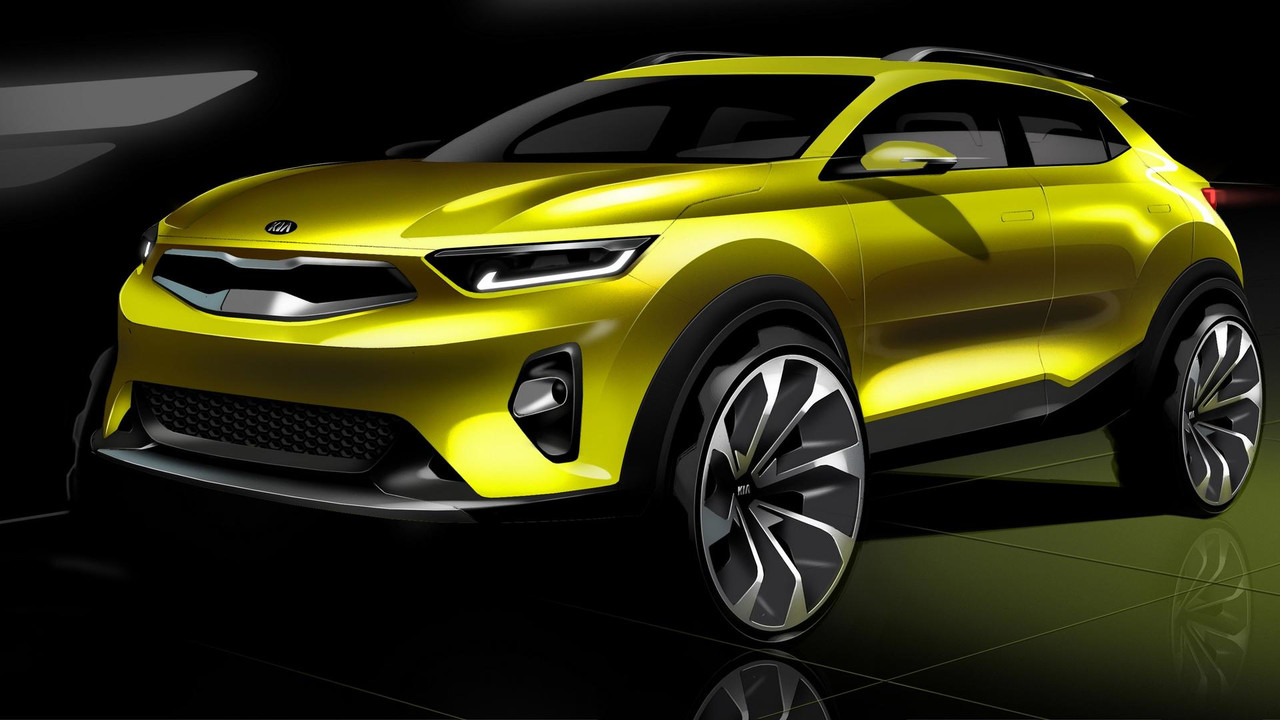 On sale later this year.

Kia has confirmed its forthcoming small crossover SUV rival to the popular Nissan Juke and Vauxhall Mokka X will be called Stonic – and the compact five-door will go on sale in the second half of 2017. Not only that, it will be the most customisable car the firm has ever made, with options and configurations possibilities more like a premium car than a regular value-priced model.

For now, Kia's only releasing these smart-looking artists impressions, but is promising a sweeping roofline plus, intriguingly, a "uniquely designed roof rack". From what we can make out, the roof bars seem to be more stylised than is the norm in this sector, with floating elements at the rear: perhaps that's what Kia means here? Other design elements include lots of sharp horizontal feature lines setting off softer surface sculpting, all wrapped up in a compact package.

There's a sole teaser for the interior too, which has been designed in Europe. Again, there are lots of straight lines, smooth surfaces and "geometric design forms". In the centre of the dash sits a floating infotainment screen and, further back, ample space for all occupants is promised. We rather like the trim customisation Kia's hinting at in its teaser image: bronze trim elements and contrasting dash trim infills should finally give Kia interior design the lift it's needed for a while now.

We already know the Stonic is derived from a similar platform as used in the Kia Rio – it's the sister car of the Hyundai i20, and Kia's partner company has already confirmed its own new compact crossover, the Hyundai Kona, will use a chassis and engines that combine i20 and i30 engineering. Expect engines to include 1.0-litre turbo and 1.2-litre turbo petrol units, probably a 1.6-litre turbodiesel and maybe even a 2.0-litre range-topper.

Expect a debut at the Frankfurt Motor Show, first drives to occur soon after and UK deliveries to hopefully begin before the year is out. Bringing yet another rival to the ageing Nissan Juke to the market.