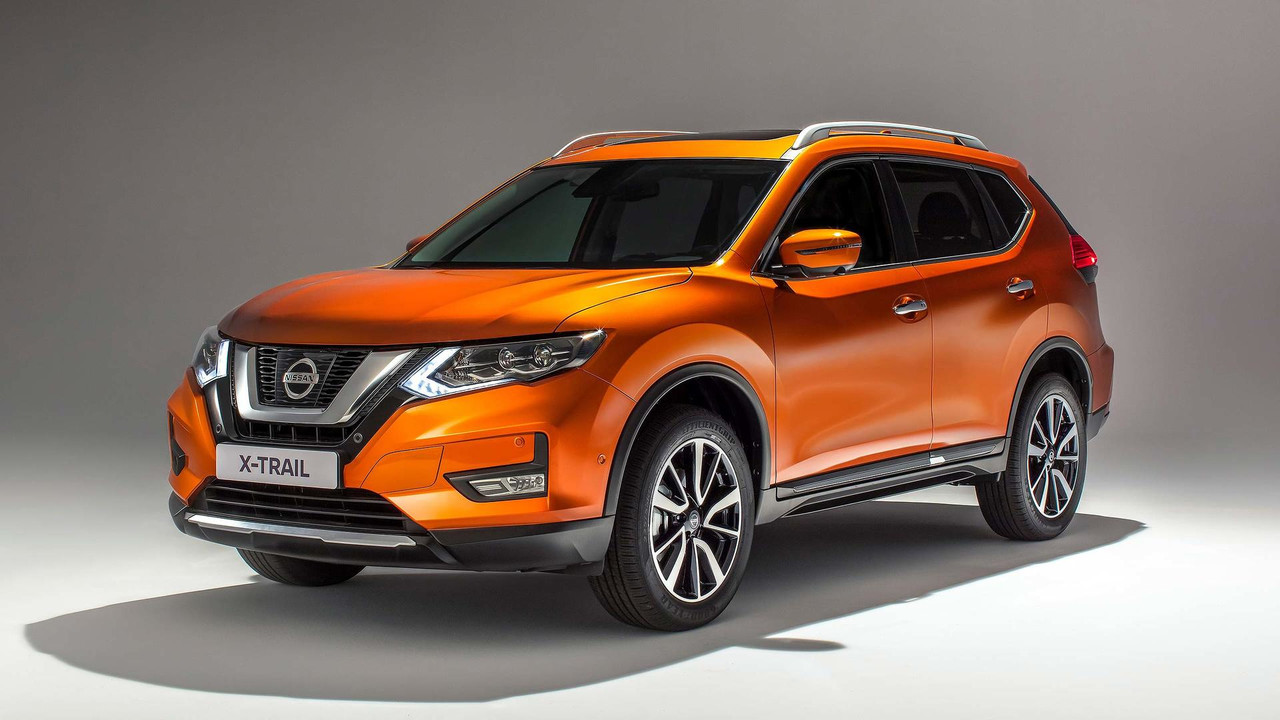 Revealed at the Champions League final.

Nissan has facelifted its X-Trail seven-seat mid-size SUV - and is using the weekend of the Champions League final to launch it. The firm is the official car partner of UEFA's crowning glory, so has taken a fleet of revised X-Trail over to Cardiff so football fans can be the first to see the sharpened-up model.

Both Nissan's largest crossover on sale and also the world's best-selling SUV, the X-Trail has been given new bumpers and a sharper grille, revised headlights with some distinctive LED options, a tighter rear end and some new alloy wheel options. What's likely to be most standout are four new colours - Red Pearl, Blue Pearl, Dark Brown and the super-punchy Orange Pearl seen here.

Inside, Nissan's fitted a flat-bottom steering wheel, like in sporty GTIs, which it says is here to aid entry and exit, rather than enhance the driving experience. It can be heated as well, for sweaty-palm moments of a different type. Responding to criticism the X-Trail wasn't as plushly-finished as the related five-seat Qashqai, Nissan has improved interior trim materials, and made available some standout tan and black two-tone leather.

Nissan reckons the new eight-speaker Bose Premium stereo that's standard on X-Trail Tekna models is "the most compete sound system ever offered in a Nissan vehicle in Europe", while all models benefit from standard DAB and improved infotainment system.

Coming next year is the Nissan ProPilot autonomous drive system, which will control steering, acceleration and braking in single-lane driving. Expect multi-lane functionality to roll out later. In the meantime, Nissan has upped safety tech, with autonomous emergency braking, and rear cross traffic alert - it will let you know if there are any cars or pedestrians approaching as you reverse out of a parking bay.