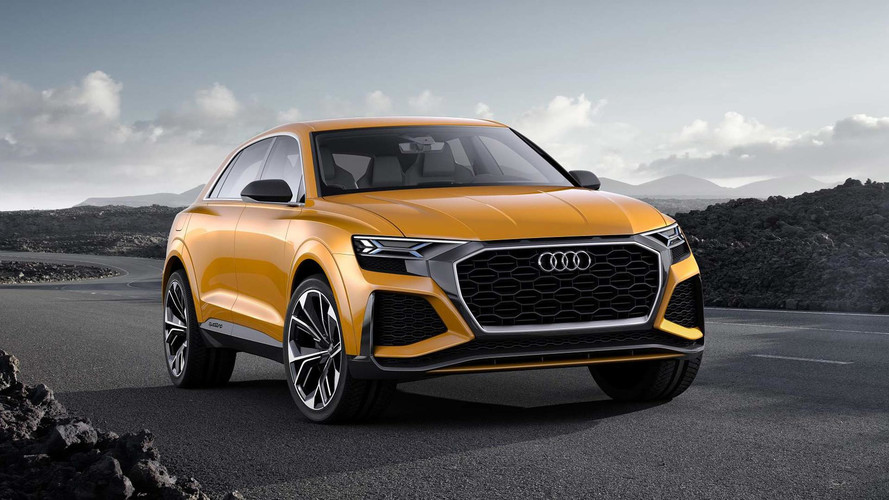 Post-dieselgate Audi busier than ever.

Audi has reaffirmed plans to launch two sporty new SUVs, the Q8 range-topper and a new Q4 coupe SUV, by 2019 as part of its efforts to restore premium brand margins following the costly dieselgate fallout. The high-margin Q8 will arrive first (after being previewed in concept form umpteen times), with the Q4 following later to offer a racier, pricier take on the future new Q3. Here's our first take on how we think it could look:

Speaking at its AGM this week, Audi AG chairman Rupert Stadler also revealed the company will renew five core models by mid-2018, including that Q3 and the high-volume A1 supermini. It's going to launch a new A8 this summer, with the new A7 following a little later. What's more, three fully-electric e-tron models will be launched by 2020 - after which, Audi will electrify every single model in its core model series. That means the roll-out of cars such as plug-in hybrid Audi A4s and maybe even fully electric Audi A3s.

Trying to forget all about its previous plans to dominate with diesel, Audi now claims that a third of its total sales will be either of fully electric or partially electric cars by 2025. For context, in 2016, it sold 1.86 million cars and plans to sell even more this year. Theoretically then, more than 650,000 electrified Audis could be sold annually by 2025.

Audi's also leading Volkswagen Group's autonomous drive developments, taking charge of the Autonomous Intelligent Driving GmbH division: it promises the launch of a small series of self-driving cars early in the 2020s. And it is getting smart on connectivity with the myAudi digital platform, and is even set to launch mobility services in 15 global markets by 2020.

How's Audi paying for all this? With its own savings: finance board member Axel Strobek said "we are financing our transformation out of our own resources". Despite business conditions being so challenging, Audi's business remains robust, he insists, and it will thus soon return to its usual 8 percent to 10 percent profit margins, after being hit last year by dieselgate and Takata airbag issues, which dropped profits to 'just' 5.1 percent. Given how Audi has already made €1.2 billion in the first quarter of this year, you can see just how robust its current business remains...