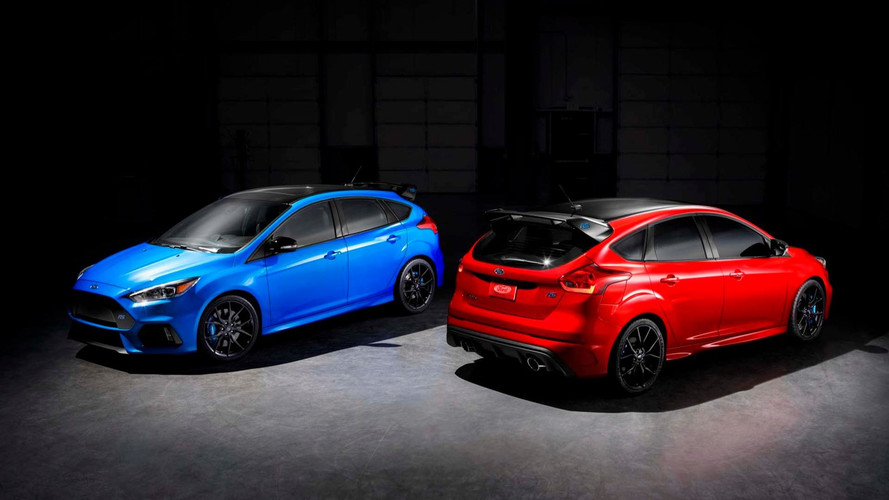 We won't be getting the Race Red paint in the UK.

When the current-generation Ford Focus bows out next year, it won’t be going quietly. Ford Performance has dished up an option pack for the Ford Focus RS that includes a limited-slip front differential to increase its lead as the best hot hatch currently on sale.

In creating this car, Ford says it relied heavily on input from customers and fans. The launch video for the RS actually features a group of enthusiasts invited for a preview of the new model, guided through the reveal by master tyre slayer Ken Block himself.

You'll see in the video there's another colour... Race Red. But that's only for the US market. Here in Blightly we'll have to stick with the standard Nitrous Blue paint, while a Matt Black finish is applied to the roof and door mirrors, as well as the rear spoiler.

The diff is a standard Quaife mechanical unit that sends power to whichever front wheel has more grip. Compared to the standard open differential, Ford says the Quaife unit will help the RS accelerate harder out of corners while carrying more speed through the turn. Power remains the same, at 350 horsepower, and all models will come with the usual drift mode for sideways antics.

With the mechanical front differential, we're wondering if Ford will give the new RS an official go at the Nurburgring. Honda's Civic Type R turned a lap of 7:43, which is considerably faster than an RS driven by Germany's Auto Sport, despite having more power and all-wheel drive.