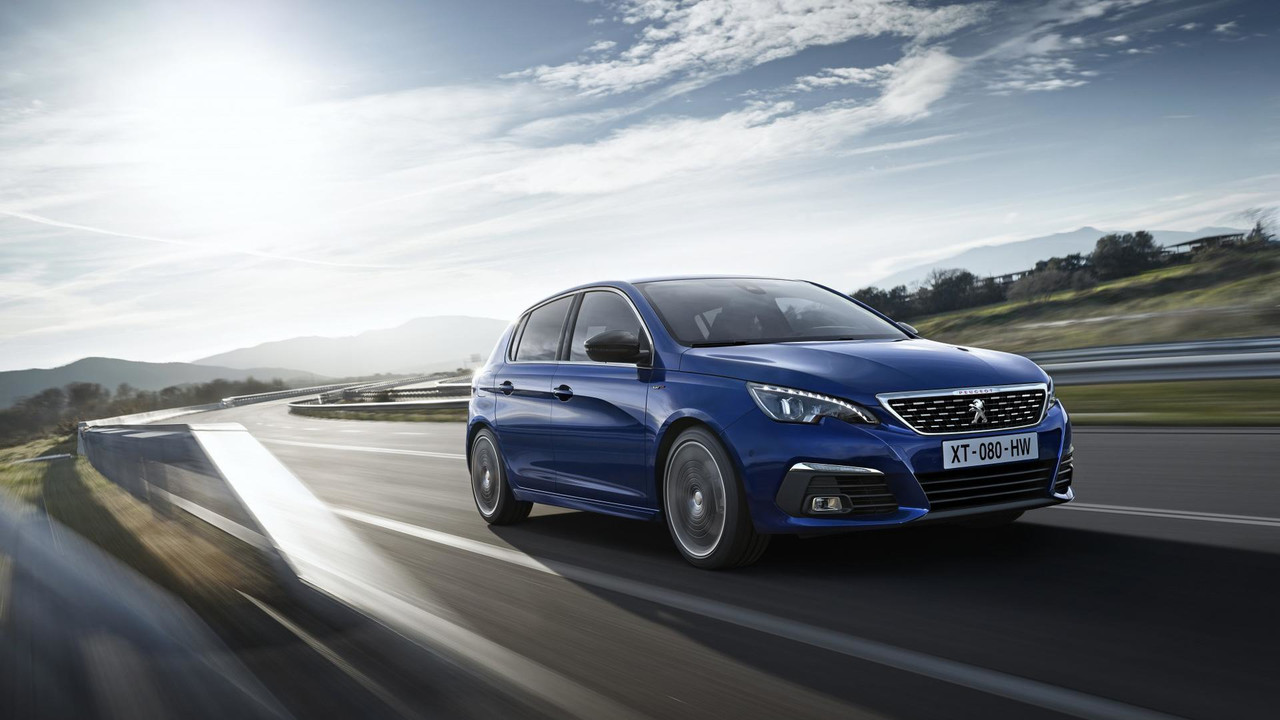 It's new bumpers and tech features galore on the Peugeot 308 range.

French manufacturer Peugeot has revealed mid-life tweaks for its 308 range, which first saw service in the UK in 2014.

The exterior changes seem limited to what would cost the least money, with some bling added to the grille at the front seemingly in order to make it look like the firm’s lion badge is playing a game of Space Invaders, along with a few creases in the bumper that give the 308 a hint more aggression.

The real excitement, if there is any to be had here, comes with the technological upgrades to the interior of the updated 308 – drivers will now enjoy a 9.7-inch touchscreen in the centre of the dashboard that uses Mirror Link, Apple CarPlay and Android Auto to integrate smartphone functions into the car more than ever before.

The 308 will also gain some of the new tech features we’ve seen recently on the swanky new 3008 SUV – speed limit recognition, adaptive cruise control with stop functionality and an active blind spot monitoring system are all now available for the first time on the car. A new assisted parking system – City Park – will also help drivers out of a spot in tight city conditions. Or indeed into one.

A number of engine tweaks have been made, the most notable of which is the 1.5-litre diesel engine that has been engineered for use across Peugeot’s sister brands (Citroen and ultimately Opel/Vauxhall), which employs fancy pollution reduction systems to try and avoid any of the snafus that recently engulfed Volkswagen in Germany.

Not content with these sweeping new developments, buyers of the company’s spicy 308, the GTi, can also specify their cars with a new two-tone blue and black paint job if they particularly want people to point and laugh at them.

The new Peugeot 308 will be available to order over the summer ahead of first deliveries in September.