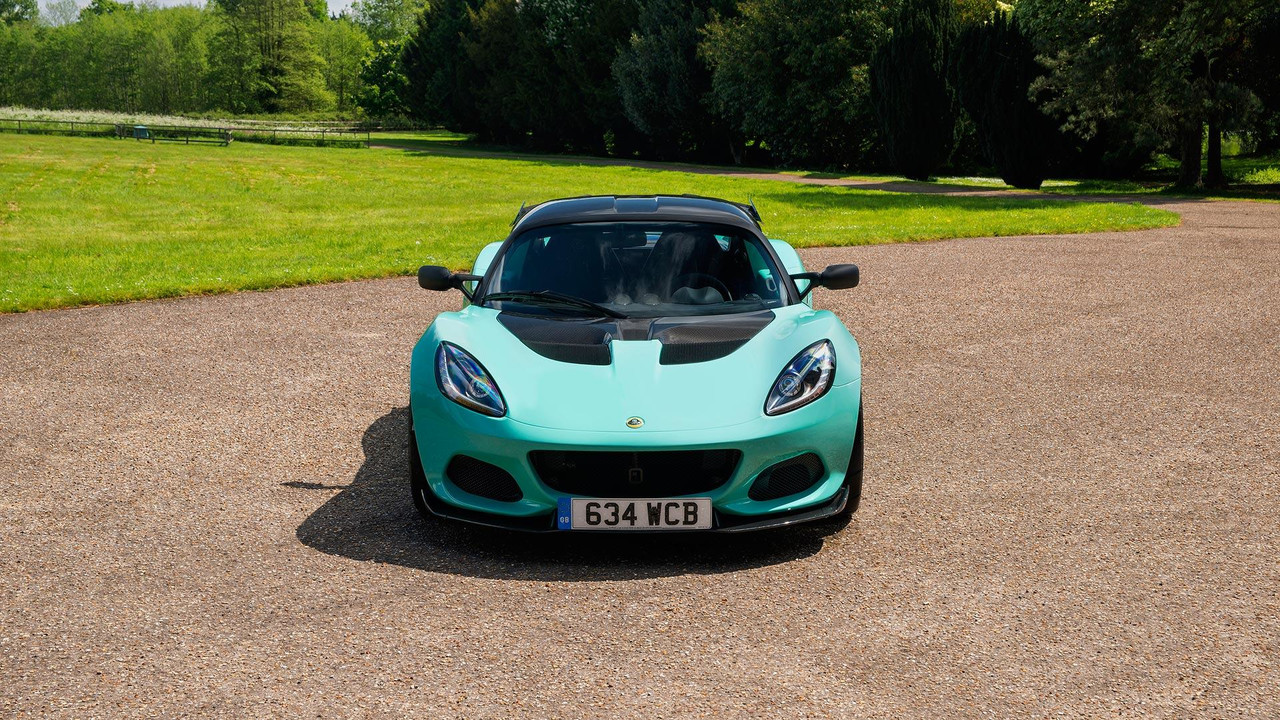 The Lotus Elise may be 21 years old but the Norfolk sports car firm is still finding ways to improve it. The latest 2017 Elise Cup 250 road-going range-topper is a case in point: not only is it the fastest Elise ever, it's also the most focused four-cylinder Lotus yet. It weighs as little as 860kg, will do 0-62mph in 4.3 seconds and, says Group Lotus CEO, has "taken the fight beyond the reach of lesser rivals".

The £47,400 Elise range-topper, which is available to order now, differs from regular Elise Sport and Sprint models most obviously by its aero addenda: it has a front splitter, bargeboards, rear diffuser and a monster rear wing that helps generate 125kg of downforce at 140mph. That's a whopping amount (and yet, the Elise Cup 250 is still able to do 154mph all-out). It also gets just two round rear light clusters, rather than four, and a polycarbonate rear screen.

Underneath, Eibach springs and uprated Bilstein dampers are fitted, as are AP Racing brakes with two-pot front calipers, plus lightweight forged alloy wheels wearing Yokohama Advan A048 LTS tyres. The chassis is stiffened up by a T45 motorsport roll-over hoop and further motorsport kudos comes from optional two-piece disc brakes, a titanium exhaust and even lightweight carbon fibre bodywork. It's all this that cuts the dry weight from 884kg to as little as 860kg: the standard kerbweight is 917kg.

The supercharged 1.8-litre Toyota-sourced four-cylinder engine still delivers 243 horsepower, but sounds fruitier thanks to exhaust tuning. You can keep its noise at bay with a £350 sound insulation kit, and its heat at bay with £1250 of optional air con, but remember, both add to the overall mass. Even a stereo is optional.

Gales reckons the new headline Else is spot-on. "We know what existing Lotus enthusiasts demand from our cars and we are also bringing in many new customers who can see clearly that we offer an unrivalled combination of performance, styling, dynamics and value for money." Motor1 will be finding out for ourselves later this month...