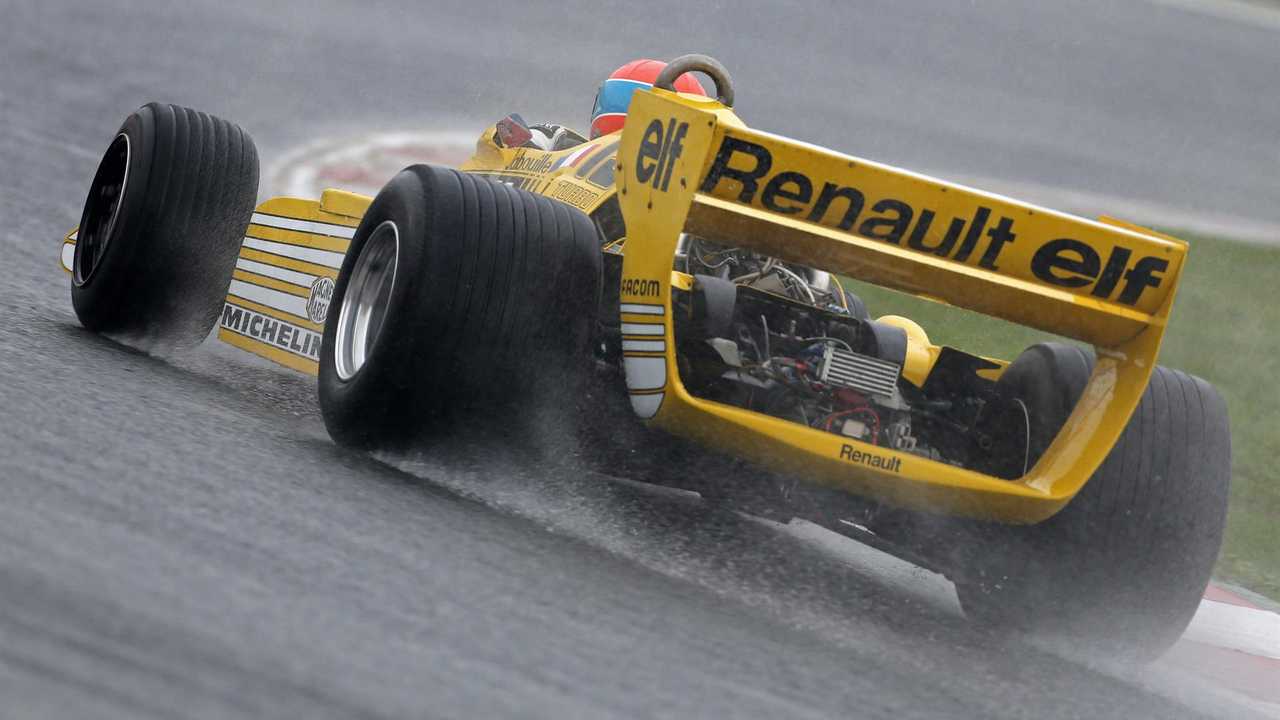 The French company held special events at the Monaco GP to mark its F1 anniversary.

French car maker Renault has marked 40 years since the beginning of its involvement in Formula 1 at the Monaco Grand Prix.

It is four decades since the manufacturer first introduced its innovative turbocharged car back in 1977, debuting at the British Grand Prix following extensive testing.

Jabouille and Prost both drove their old cars for some demonstration laps on the Friday of the Monaco Grand Prix last week.

Cyril Abiteboul, managing director of Renault Sport Racing, said: ‘We are proud to reunite Jean-Pierre Jabouille once more with his RS01 as well as Alain Prost, who will drive our first all-carbon fibre chassis, his RE 40, in which he came so close to claiming the 1983 championship.

'Our technical innovations on track provide inspiration and advancement for our road products, and we showcase the latest manifestation of this with the first glimpse of the exciting All-New Megane Renault Sport with Nico Hülkenberg.’

Jabouille was part of the team’s initial entry to Formula 1 in 1977, making his debut at the British Grand Prix in 1977. The RS01 car was the first turbocharged racer to take part in a grand prix, but it was fragile at first and Renault had some difficulty getting the best out of its innovative engine.

It wasn’t until 1979 that Jabouille took the first of his two career F1 wins, fittingly at that year’s French Grand Prix. It was the first win for a turbocharged car in the sport and it started to change the technological landscape.

Lasting success wasn’t to come, despite the promise shown by young driver Alain Prost when he was with the team in 1983 – Prost came close to winning the drivers’ championship, losing out by two points to Nelson Piquet and his Brabham-BMW in the final race of the season.

Withdrawing as a constructor after 1985, the French manufacturer then played a key role as an engine supplier for a number of years, especially in the dominance of Benetton and Williams in the 1990s.

It wasn’t until 2002 that Renault returned as a constructor in its own right, and success would come in 2005 and 2006 with Fernando Alonso overcoming years of dominance by Ferrari and Michael Schumacher to win back-to-back titles.

In a replay of the past, Renault lost enthusiasm for building its own car and again quit the sport as a constructor, playing a key role in the dominance of another team running its engines.

Sebastian Vettel won four titles in quick succession driving the Red Bull-Renault, but yet again, this success rekindled the manufacturer’s love affair with the sport and the Renault name appeared once again on the constructors list in 2016.