First Look At The 2018 Dacia Duster 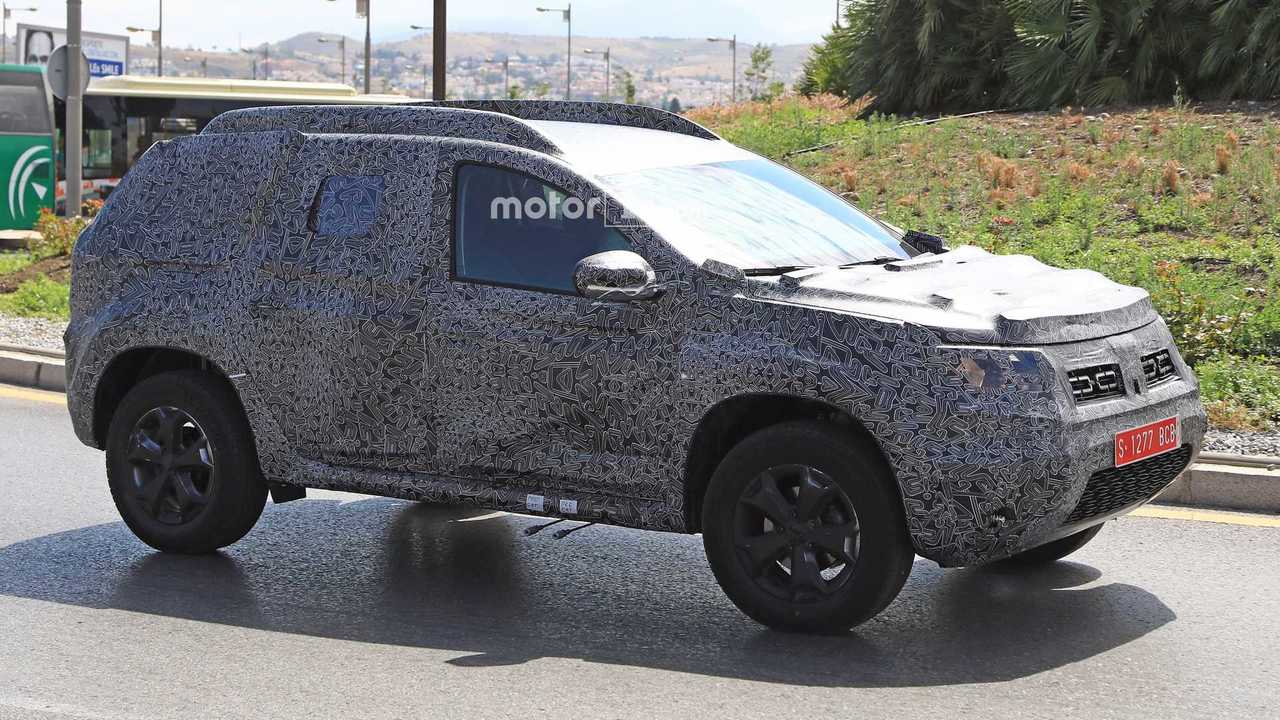 The cheap as chips Duster SUV features a familiar design.

It's been a surprise hit since its launch in 2012, car buyers falling for the Romanian brand's affordable price and utilitarian practicality.

Five years is a long time in the car business, however, and Dacia is already busy preparing its new Duster for launch later in 2017. The Renault-owned company has been spotted by our spy photographers testing the new SUV before it's signed off to go on sale.

Seen here are most likely near-production prototypes carrying a lot of the final bits and bobs, including the body panels.

Despite the extensive camouflage, we can already see that the 2018 Duster will feature an evolutionary design with roughly the same proportions as the outgoing model. For those in need of something bigger, rumours suggest that there is going to be a Grand Duster (name not confirmed) with extended wheelbase so that Dacia can fit seven seats inside.

Judging by our photos, gone are the cutesy square headlights, and it seems that some changes have been made to the rear doors. The generous ground clearance is still there, to cope with clipping the kerbs on the exit of the Aldi car park. So too are the rear drum brakes, indicating the new Duster will likely use an evolution of the current platform rather than making the switch to newer Renault-Nissan underpinnings.

Engine details are not forthcoming, but we given the two prototypes here are powered by turbocharged units (you can see the intercooler behind the grille) we can expect part of the range will be boosted.

One of the two test vehicle had a number of shiny trinkets on the upper grille, suggesting it represents a higher-specification version. While images providing a clear view of the interior are not available, in some of the adjacent pics we can spot a number of changes to the dashboard compared with the current model.

Dacia is expected to unveil the second-generation Duster at the Frankfurt Motor Show in September, with the seven-seat derivative to land in 2018.