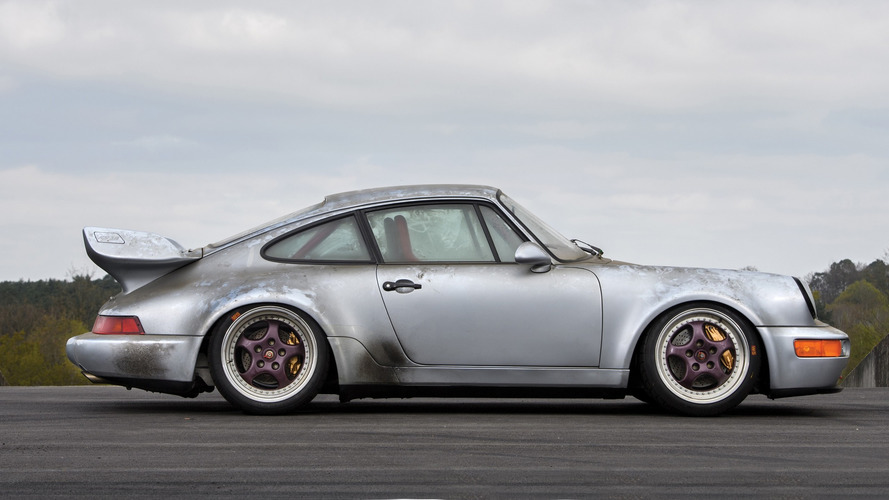 One of only 51 cars ever made.

Porsche made only 51 of them, but this particular car is actually even more exclusive as it’s only one of two to come with a fully trimmed interior. Not only that, but as you can see it was finished on the inside in a striking red leather upholstery. The original owner asked Porsche to paint the car in Polar Silver Metallic and finish the wheel spokes in Amethyst Metallic, with the brake calipers in gold, to create a contrasting effect.

On paper, the RSR-specific 3.8-litre engine produced 350 horsepower and 284 pound-feet of torque via an upgraded five-speed manual gearbox. In reality, the engine was capable of developing 375 hp or perhaps even more. Although its body was adapted from the Turbo model, this 964-gen RSR had a naturally aspirated engine.

When it was tested back in the day, the car managed to complete the 0-60 mph in a mere 3.7 seconds, thus making it quicker than the legendary Ferrari F40.

The person who bought it never enjoyed the car’s performances as the RSR is in brand-new condition. It even still has the factory-applied Cosmoline coating. Hopefully, the new owner will actually drive it for a change, but only after rejuvenating the oily bits since cars in general aren’t meant to stay locked up in a garage for such a long time without being driven. A thorough wash is also necessary...