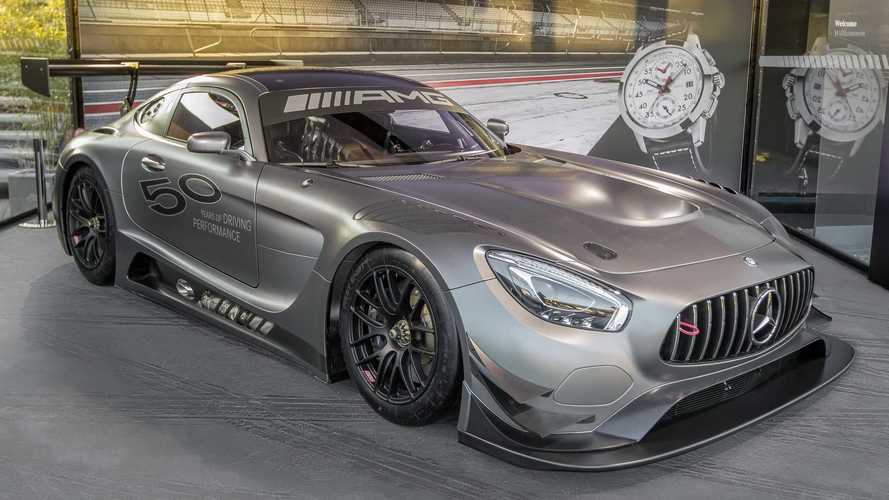 The limited-run race car gets a new paint job making its debut on an AMG.

It was in 1967 when Mercedes engineers Hans Werner Aufrecht and Erhard Melcher decided to leave the company and rent a barn in Burgstall an der Murr located near Stuttgart to create what was known back then as “AMG Motorenbau und Entwicklungsgesellschaft mbH.” If you’re wondering about the origins of the 'AMG' moniker, it comes from the initials of their surnames combined with 'G' from Grossapach, which was Aufrecht’s hometown.

A decade later, the firm’s headquarters were moved to Affalterbach, but development of race car engines continued in Burgstall. Fast forward to 1993 when AMG was already known for its upgrades tailored to Mercedes models, the two companies inked a deal to co-develop models. The first mass-market car was the C36 launched to take on the E36 BMW M3.

During the ill-fated DaimlerChrysler era, the conglomerate bought 51 percent of AMG shares on January 1, 1999 and renamed it Mercedes-AMG GmbH. Since January 2005, Mercedes-AMG has been a wholly owned subsidiary of Daimler AG.

Now, half a century later after AMG’s inception, Mercedes is celebrating the anniversary with a special version of the track-only GT3, capped at five units. Appropriately called 'Edition 50', it gets a special paint job never seen before on an AMG, with a matt look for the carbon fibre front and rear diffusers, air intakes, radiator grille, and side skirts. There are also AMG logos on the disc band and rear aerofoil to further differentiate it from the standard version. An open Performance exhaust system has been added.

Inside the cabin, a "real black" shade is used for the visible floor assembly as well as for the roll cage, along with matt black carbon fibre accents applied onto the door panels, sills, dashboard, and the centre console. Rounding off the enhancements are extra AMG badges, an individually numbered plaque, and a carbon fibre safety cell on the front passenger's side. There's also "50 YEARS OF DRIVING PERFORMANCE" (their caps) lettering on the seatbelts and on the bespoke car cover that comes bundled with the race car.

IWC Schaffhausen has also created a bespoke watch to mark the launch of the car: it is going to make 250 units of the fancy timepiece known by its full name as the "Ingenieur Chronograph Sport Edition 50th anniversary of Mercedes-AMG". Those five people fortunate to own the car will get the watch as well.

The limited-run race car follows the road-going Mercedes-AMG GT C Roadster Edition 50 launched back in February to celebrate the same milestone. The culmination of Mercedes-AMG’s anniversary festivities will happen in September at the Frankfurt Motor Show where the F1-engined Project One will finally be introduced.