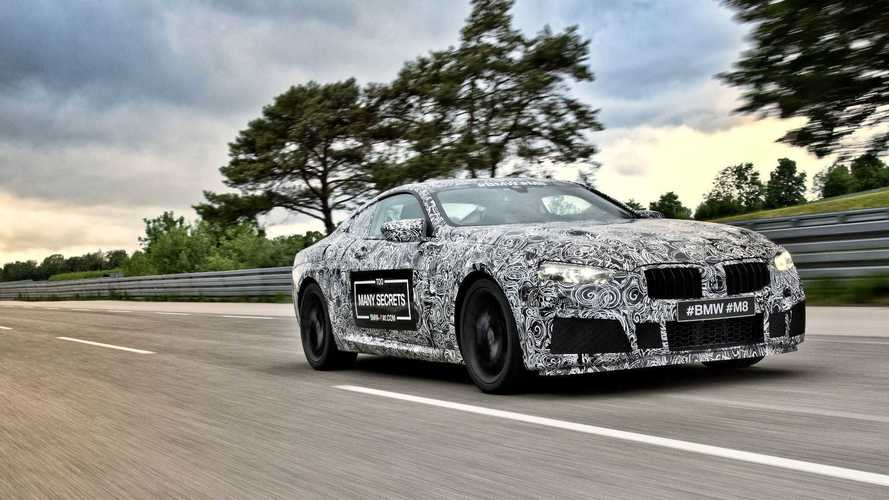 BMW has only just pulled the covers off the 8 Series concept at Italy's Villa d'Este, yet M GmbH is already teasing us with the prospect of an M8 variant over in Germany ahead of the N24 race. And a tease it most certainly is: BMW is being decidedly tight-lipped with any hard facts for now.

The cars seen here seems to closely follow the 8 Series concept, albeit with all the bespoke enhancements we’ve come to expect from M’s go-fast models. Note the enlarged air intakes in the front bumper, upsized wheels with low-profile rubber, blue-painted brake calipers, and quad exhausts out back.

“The future BMW M8 will build on the genes of the 8 Series and augment its DNA with added track ability and generous extra portions of dynamic sharpness, precision and agility,” Frank van Meel, president of the BMW M Division, said in a statement. “It all flows into a driving experience that bears the familiar BMW M hallmarks and satisfies our customers’ most exacting requirements.”

He also said that the regular 8 Series is being developed “in parallel” with the M8. The company also said it is developing an M8 GTE racing version to compete in the Le Mans 24 Hours race.

“Developing a new racing car is always exciting, and in the case of the BMW M8 GTE the anticipation is that much greater still. We can’t reveal any pictures yet, but I can promise you that the BMW M8 GTE will look spectacular,” said BMW Motorsports director Jens Marquardt.

The BMW M8 GTE will make its race debut at the Daytona 24 Hours in January 2018.

The BMW M8 has been rumored for some time, and our spies even caught what may have been a prototype for the car testing at the Nürburgring. It’s possible the car will use the same powertrain as the next BMW M5 – a biturbocharged 4.4-litre V8, possibly with all-wheel drive.

Pirelli and the BMW M8