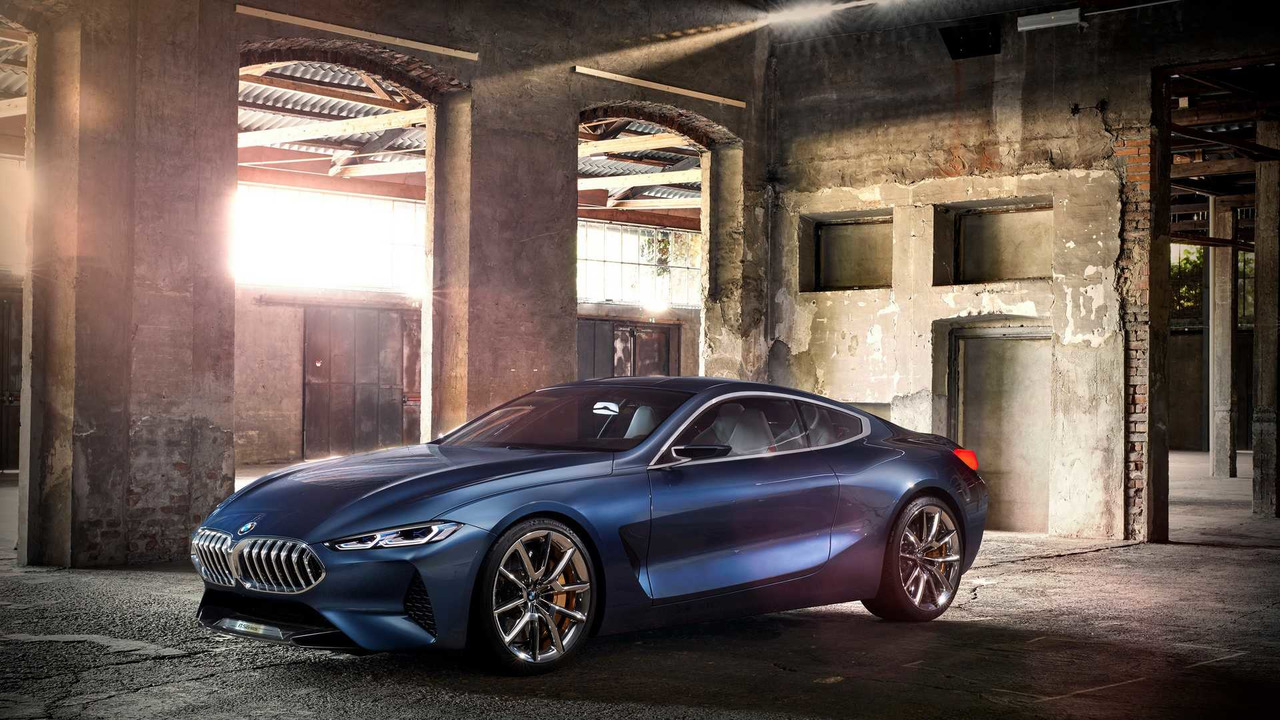 The BMW 8 Series Coupe is returning in 2018 – and to whet our appetites, BMW has revealed a teaser show car called the BMW Concept 8 Series at the 2017 Villa d'Este posh car show in Italy. The firm's making no secret of the fact it's production-intent, happily telling us it's "slated for launch in 2018"... this, then, may well be a closer first look at the showroom-spec car than we first realise.

Technically, the new 8 Series replaces the 6 Series, now out of production in coupe form. BMW's aiming much higher with the new 8 though, targeting the six-figure-pricetag Mercedes-Benz S-Class Coupe with its new range-topper. The boss, Harald Krüger, says as much: "The number 8 has always represented the pinnacle of sports performance and exclusivity at BMW. This will... raise the benchmark for coupes in the segment... [and] will strengthen our claim to leadership in the luxury class."

So, just as the original 1989 BMW 8 Series was a lavishly-specced powerhouse of a car, expect similar great things from the new 8 Series. And what does this Concept 8 Series tell us about its styling? Why, that it's certainly going to make an impact out on the road.

This is BMW going big, bold and dramatic. Classic proportions are present and correct – long bonnet, low, sweeping roofline and a pert tail with a pronounced kick. The front end is wide and vast, the rear wheelarches are equally monstrous, yet the lines are relatively clean and simple as BMW sweats on the purity of its body surfacing to create a particularly sleek and flowing shape. It's even created a new type of paint, with iridescent pigments, to show this off to the full.

It has shallow, mean-looking twin headlights, a humungous singleframe pair of kidney grilles, bodyside styling that's shaped around the air curtains behind the front wheels, and a rear that's perhaps the most visually complex area of the car – here, BMW's all about emphasising the car's width and "advertising" the fact it's rear-wheel drive.

It's much more than simply a two-door, four-seat BMW 7 Series inside. BMW's created a bespoke cabin built around the driver, with everything angled towards them just like in a classic 70s or 80s model. It looks suspiciously production-intent to our eyes, with even the iDrive screen perfectly integrated into the dash. We'll be amazed if the production version differs radically from it (although perhaps expect a less far-out steering wheel. Oh, and some column stalks).

When will it arrive? The Frankfurt Motor Show later this year, or perhaps the LA Auto Show in December? Whichever, it surely won't be long now. In the meantime, check out the image-packed gallery below and indulge some more on BMW's dramatic new Concept 8 Series.