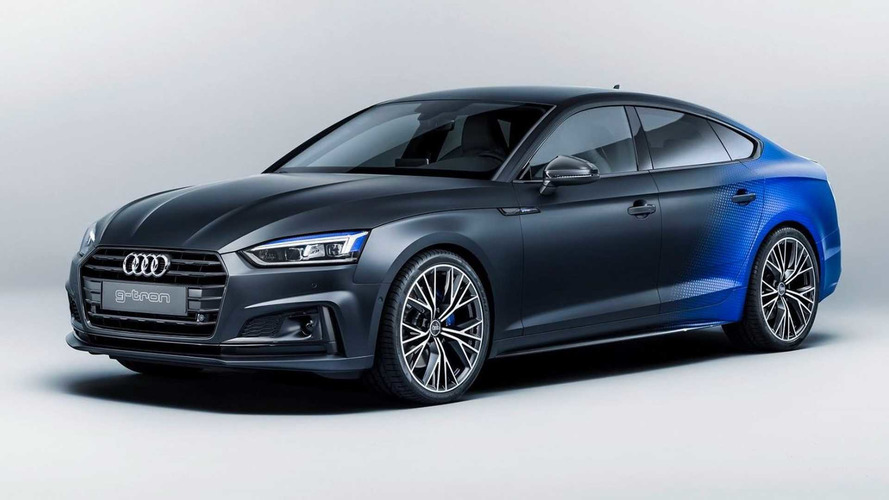 G-Tron tries to be cool with a swanky paint finish.

Audi is one of the very few high-end automakers out there selling cars with petrol engines capable of running on compressed natural gas. It already sells G-Tron versions of the A3 Sportback and the A4 Avant, and now the sleeker A5 Sportback is also receiving the CNG treatment this summer. Audi is now showcasing its impending arrival by bringing a one-off version at the annual Worthersee GTI meet.

While parent company Volkswagen has a fully modified 410-hp hybrid GTI First Decade concept on display, Audi’s CNG-compatible A5 'only' boasts a special exterior finish with a two-tone look and a honeycomb pattern on top of the blue shade over the car’s rear half. More blue accents are noticeable in the headlights, brake calipers, and on the 'G-Tron' lettering adorning the front doors and above the rear window. As for the taillights, these have been modified as well to look more high-tech compared to those of the standard car.

It's powered by a 2.0-litre TFSI petrol engine producing 170 horsepower and 199 pound-feet of torque. The Worthersee show car is fitted with an S Tronic automatic transmission, but Audi will sell its third G-Tron model with a manual as well. Beneath the car’s rearward structure are the tanks for the gas fuel capable of holding 19 kilograms. These tanks have an intricate construction as their inner layer is made from gas-impermeable polyamide matrix while the second composite layer consists of carbon fibre reinforced polymer (CFRP) and glass fibre reinforced polymer (GFRP). There’s a third glass fibre layer while the epoxy resin is used to bind the fibreglass reinforced materials.

As for economy, the S Tronic version needs 3.8 kg of gas / 100 km while in petrol operation it consumes 5.6 litres / 100 km (that's 50.4mpg). In the New European Driving Cycle, the A5 Sportback G-Tron can cover up to 310 miles running solely on gas. Once the gas level drops to around 0.6 kg, the car automatically switches to petrol, giving an additional range of 279 miles. That means the A5 Sportback G-Tron will cover almost 600 miles with all of the fuel tanks full as per the rather optimistic NEDC.

Aside from running on petrol and CNG, the A5 Sportback G-Tron is also compatible with Audi’s own e-gas produced by using renewable energy from water and CO2 or using organic residual materials such as straw and plant clippings. Audi actually has an offer that will last until May 31, 2018 providing owners with three years’ worth of e-gas for the price of the regular gas.

Images and video below are showing the standard G-Tron model. 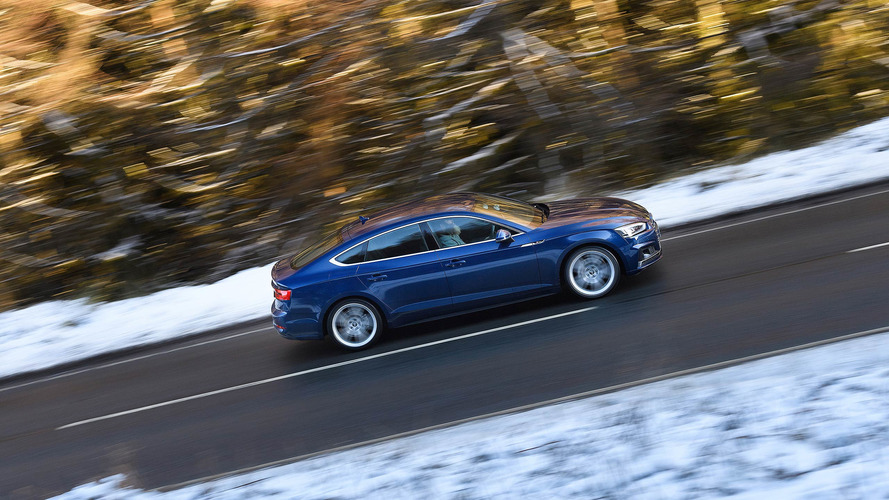