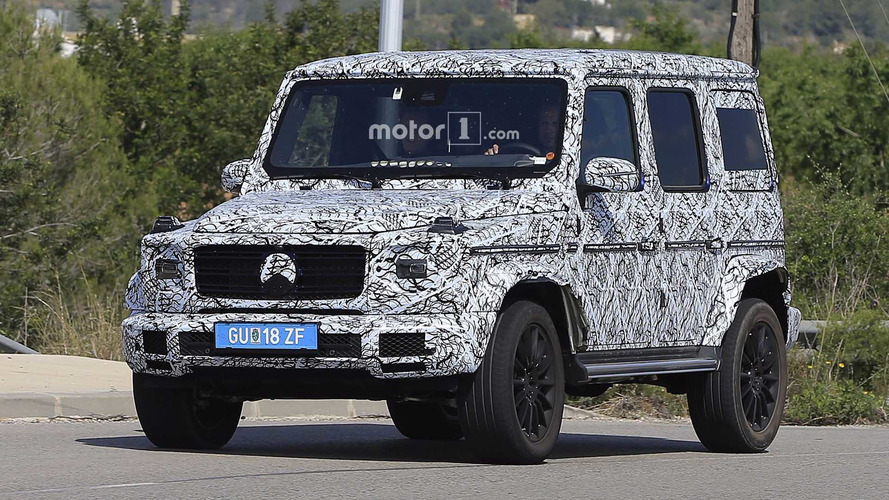 The legendary G-Wagen has been around for close to 40 years. The last time it was thoroughly updated was back in 1990 with the launch of the W463 series. Between then and now, Mercedes’ reputable off roader has gone through a few other changes, but essentially it’s still the same car. And this test hack, spied recently? Although it doesn’t look like it, the camouflaged prototype belongs to the new generation set to bring some significant tweaks underneath the boxy body.

But first, let’s talk about the design. Although at a first glance it looks virtually unchanged, the W464 will in fact be completely redesigned. That might sound like an exaggeration, but Daimler AG's chief design officer, Gorden Wagener, did reveal about a month ago the new G-Class will share just one body part with the outgoing model. He was referring to a plastic lip on the C-pillar: all of the other visible exterior and interior bits to be all-new. He went on to say Mercedes has to 'keep it boxy' because 'otherwise it wouldn't be a G. So it still has to be edgy.' We agree.

Beyond the subtle design changes, including more modern headlights peeking through the camo and the slimmer taillights, the G-Class will actually go through some vast revisions. Some (very optimistic) reports are suggesting the model will slash a whopping 400 kilograms. That would be impressive, given how the vehicle is also said to be growing in size and receiving wider tracks to free up cabin space.

The beefy G63 will ditch the 5.5-litre V8 in favour of the 4-litre twin-turbo V8 powering an assortment of AMG-branded models already, while the top dog G65 (alas not sold in the UK) will soldier on with the V12. The 3-litre turbodiesel from the E-Class is expected to be offered in the new G, as is the nine-speed automatic transmission.

As to when the swirly camouflage will finally come off, Wagener said an official reveal is slated to take place in the 'not too distant future'. Perhaps the new G-Class will debut at the Frankfurt motor show where Mercedes will also display the F1-engined Project One hypercar. A stand of contrasts: bring it on!