BMW Z4 Shows Off Its Interior In New Spy Photos 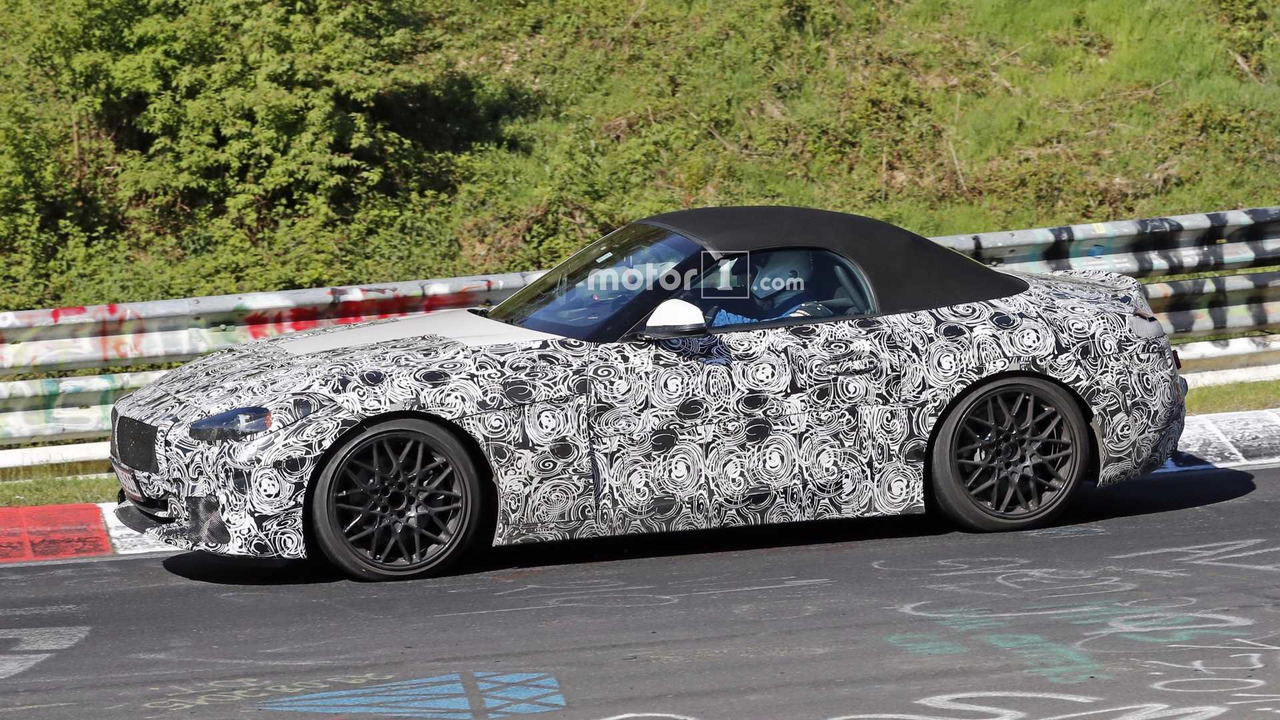 The S20i looks like it will be the base model.

The upcoming BMW Z4 – or whatever they’re going to call it – has been testing extensively since it was announced early in 2016. We know it will share its bones with the Supra, but only now have our spy photographers been able to get up close with BMW’s new roadster.

Though heavily camouflaged, these spy photos give us our best look yet at the new interior, and details surrounding the engine. In this case, the BMW in question wears an S20i badge (as noted by the paper on the dash), suggesting it will use a 2.0-litre turbocharged engine with output somewhere in the region of 200 horsepower.

Two more powerful versions are also expected, including an sDrive30i, and an M40i M-Performance, both examples will use a turbocharged six-cylinder engine and have been spotted a number of times on German roads. Power here is managed via a six-speed manual gearbox, but the two more powerful versions will come with an eight-speed automatic and rear-wheel drive as standard. Rumours also suggest that both the BMW and Toyota could use a hybrid powertrain with all-wheel drive.

Design-wise, the new Z4 will head down market comparatively to the current Z4, doing away with many of the luxuries found in the current car in place of a true roadster persona. The Toyota, meanwhile, will borrows its cues from the last-gen Supra as well as the FT-1 concept we saw a few years back.

The two cars will be built at the Magna Steyr facility in Austria beginning in 2018 and are expected to make their world debut before the end of the year. Reports suggest that as many as 60,000 units are expected to be produced of the two vehicles annually.