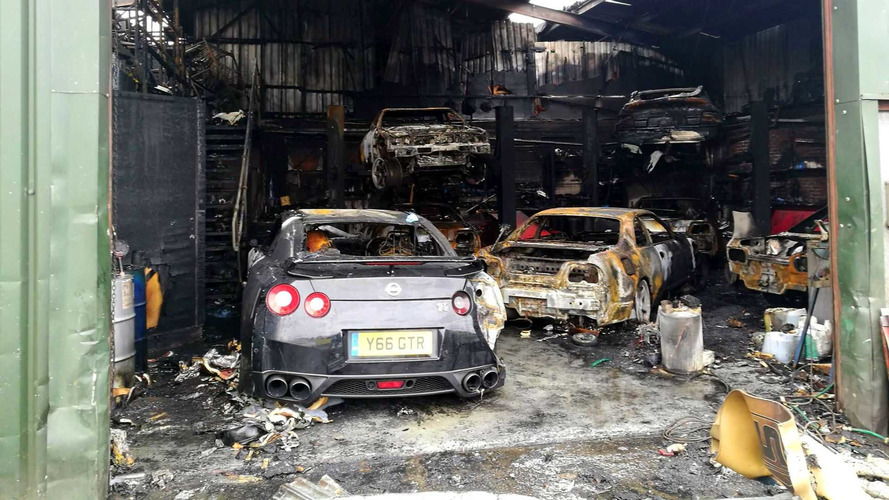 Thankfully, no one was hurt.

A Nissan Skyline specialist based in the North West of the UK has gone up in flames - taking with it a number of customer vehicles including several GT-Rs and a Ford Escort RS Cosworth.

Although information about the incident is limited, reports suggest at least seven vehicles have been destroyed in the blaze. Fortunately no one was hurt in the fire, which took place last week.

A statement posted on the company's Facebook page said: “As people have probably seen over social media and the news, we have had a fire at our unit. Not sure on the full extent of the damage but as it is clear by pictures... 99 percent of everything has been destroyed, unfortunately along with customers cars which we are most upset about. Once we have more details we will publish them to keep our customer base informed."

Photos reveal that, indeed, most of the tools and parts in the workshop have been destroyed by the fire. The firm says it's optimistic that it will hit the ground running after the devastating blaze. So far, more than 10,000 comments on the post suggest it has the full support of fans and customers.

“We hope to be up and back to normal as soon as we can, but as it’s understandable, it’s going to be a long time before we’re up and running again.”