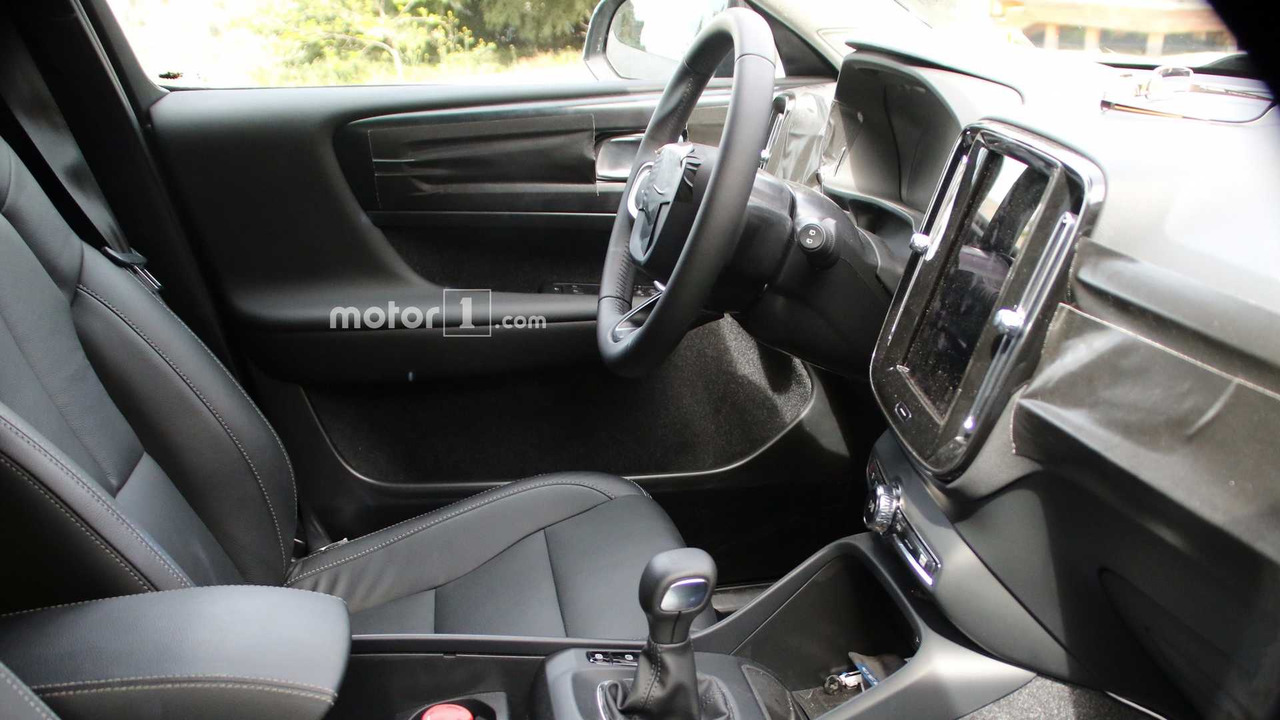 The Volvo XC40 has already been spied, but we previously haven't been able to get a look at its interior – until now. And it's good news: the dashboard uses the same portrait-oriented touchscreen of the infotainment system as seen on its bigger brothers, the XC60 and the XC90, as well as an all-digital instrument pack.

Looking at the details, vertical air vents actually have more in common with the S90/V90 rather than the XC40’s two larger crossover siblings. As for the leather-wrapped steering wheel, it seems to be taken from the R-Design models, but slightly modified as it features a matte finish on the spokes rather than the glossy look seen on Volvo’s recent models.

Moving to the rear, we can check out the generous amount of rear legroom and the fold-out tables likely to be offered as optional equipment. You can also observe the design of the fixed glass area, thus confirming the production version of the XC40 will have third-side windows unlike the 40.1 concept pictured below that featured a massive C-pillar. Also gone, sadly, are the concept’s flush front door handles and high-mounted rear ones.

Volvo’s first model to ride on the newly developed CMA platform, the XC40 will offer an array of three- and four-cylinder engines, all of which are going to be turbocharged and topped by a T5 Twin Engine hybrid version. The XC40 is unlikely to remain Volvo’s entry-level crossover for long, though, as the Geely-owned company has already dropped a hint about doing a pint-sized XC20.

The XC40 is expected to go on sale either by the year’s end or early 2018 once production begins at Volvo’s factory in Gent, Belgium.