2018 Mercedes X-Class Spied On And Off Road 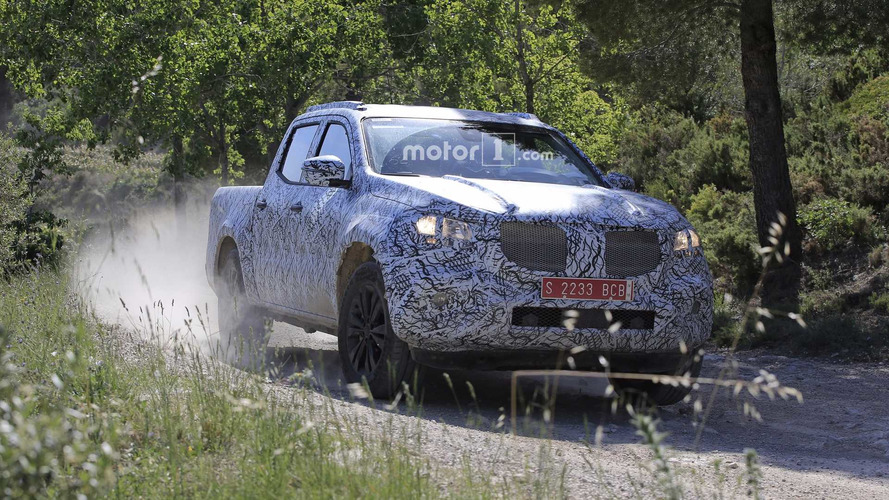 Posh builders, it's here next year.

Mercedes previewed its posh pickup truck last year with the Concept X-Class and many are now hoping the production-version changes are minor once the wraps come off this prototype. Spotted undergoing final testing in southern Europe, the premium double-cab will be more than just a luxed-up Nissan Navara, because Mercedes insists it will look and feel worthy of its badge.

While images of the interior are not available in this set, we can still see the top of the dashboard in some of them. As with the concept, the production version will feature a standalone infotainment screen, so it won’t be integrated into the dash like in the E-Class where it’s an optional feature, or the S-Class where it comes as standard.

Customers will be given the possibility to buy an X-Class with either a front- or an all-wheel drive layout paired with an array of four-cylinder engines. The range-topping version will be blessed with a turbodiesel 3.0-litre V6 hooked up to 4Matic setup. Don’t hold your breath for a fully fledged AMG version, but AMG styling is on the agenda.

Mercedes is expected to introduce the X-Class at the Frankfurt Motor Show in September, though an online reveal might occur a few weeks sooner. It will be sold in different parts of the world — excluding U.S. — and will be built by Nissan in Spain and by Renault in Argentina.