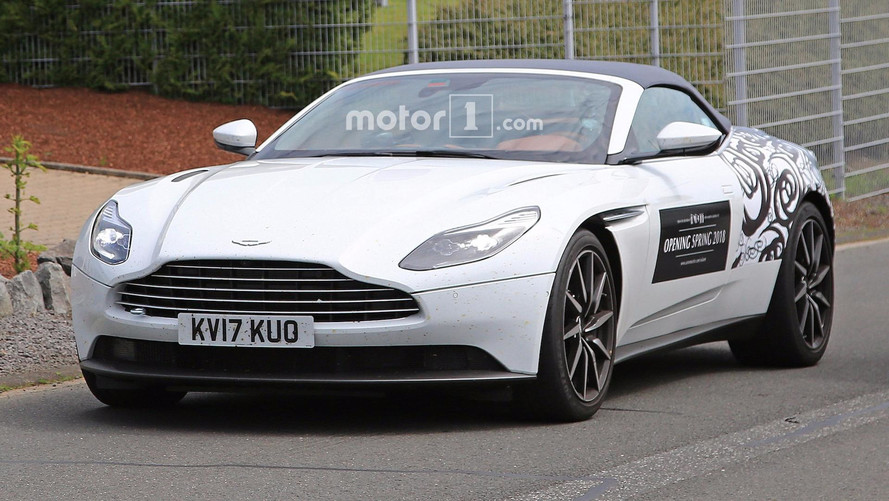 The debut of this handsome convertible can't come soon enough...

The new Aston Martin DB11, stunning as it may be, has yet to offer buyers the option to experience some open-air goodness while behind the wheel of their 600hp sports car. Thankfully, that will all change when the DB11 Volante makes its debut later in the year.

A new set of spy shots give us our best look yet at the upcoming convertible. This time, the prototype wears a white exterior with an accenting grey roof, and keeps most of the same body lines you’d expect to find on the coupe. The rear is covered in a light camouflage wrap, but most of the same styling elements remain. Previous spy shots paint a similar picture, and show the supercar testing its skills on the Nurburgring.

From coupe to convertible, don’t expect anything to change mechanically… apart from the roof. The same 5.2-litre biturbo V12 is expected under the bonnet, producing the aforementioned 600hp and 516lb ft of torque. That should allow it a sprint to 62mph in about 4.0 seconds thanks to some added weight, and on to a top speed of near 200mph.

Both options are expected to get a smaller V8, too, likely a 4.0-litre unit borrowed from Mercedes-AMG. According to a sticker on the door panel of this prototype, the V8 DB11 Volante will be "Opening Spring 2018," which is right around the corner. No word on price, but expect it to be just a pinch above the DB11 coupe's starting price of £157,900 when it goes on sale later in the year.