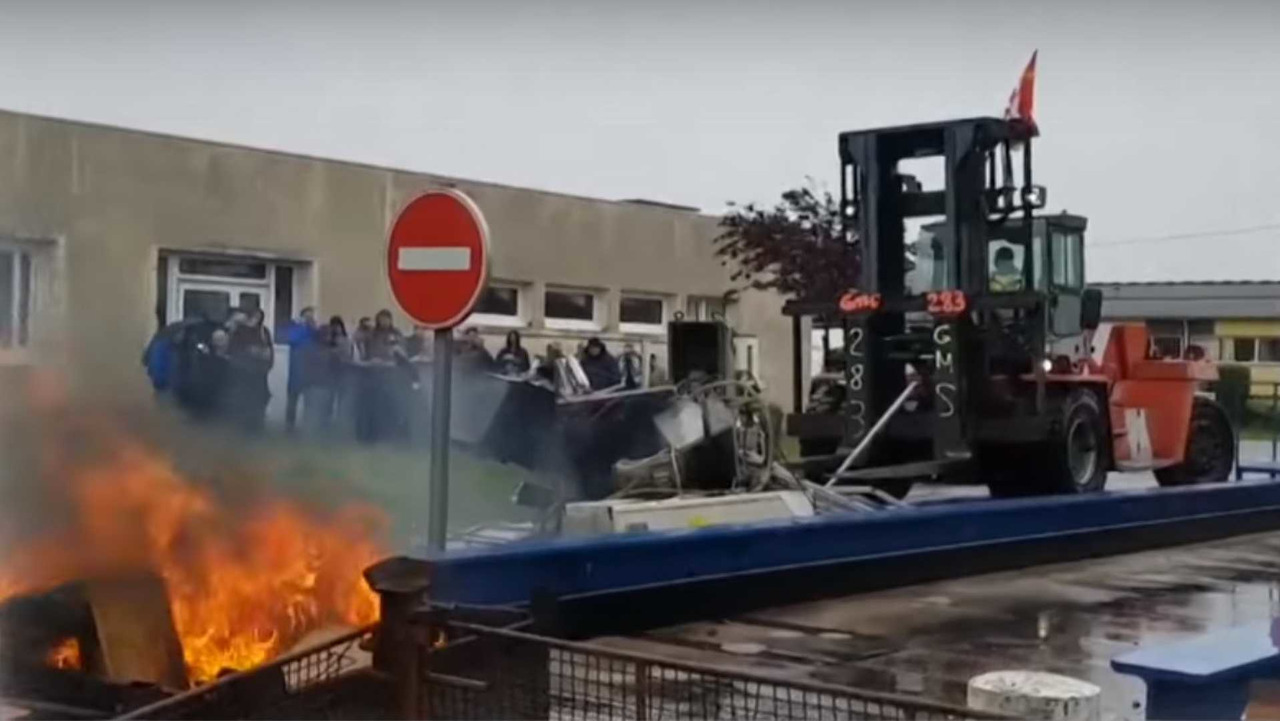 French workers in a small automotive parts factory facing closure have taken the facility hostage, destroying machinery and saying that they have rigged gas tanks to explode.

The GM&S factory, based in La Souteraine, near Limoges in central France, produced brackets for car bumpers, among other things, before the firm went into receivership in December 2016.

Tension around the fate of the factory’s 279 workers has increased rapidly in recent weeks with the news that the site could be liquidated on 23 May.

The workers say that they have an average age of 49 and won’t be able to find new jobs, and they have been calling on Renault and PSA Peugeot Citroen to increase their orders – already worth nearly £15m – so that the factory might remain viable.

Yesterday more than a thousand people marched on the town of La Souteraine, in a procession headed by a 20-tonne forklift truck covered in black and white portraits of the 279 GM&S workers, and including two former presidential candidates Jean-Luc Mélenchon and Philippe Poutou, hoping to put pressure on new French president Emmanuel Macron to intervene in the situation. Mélenchon said he had turned up ‘out of solidarity with people who are trying to make themselves heard and have been driven to extremes.’

Jean-Marc Ducourtioux, representative of the CGT (General Confederation of Labour) union in the area, told Agence France-Presse that they were trying to get a delay on the 23 May deadline for negotiation to give Emmanuel Macron the chance to ‘take over negotiations with the manufacturers’.

Workers have occupied the factory site since 11 May and talks to end the standoff broke down late last week.