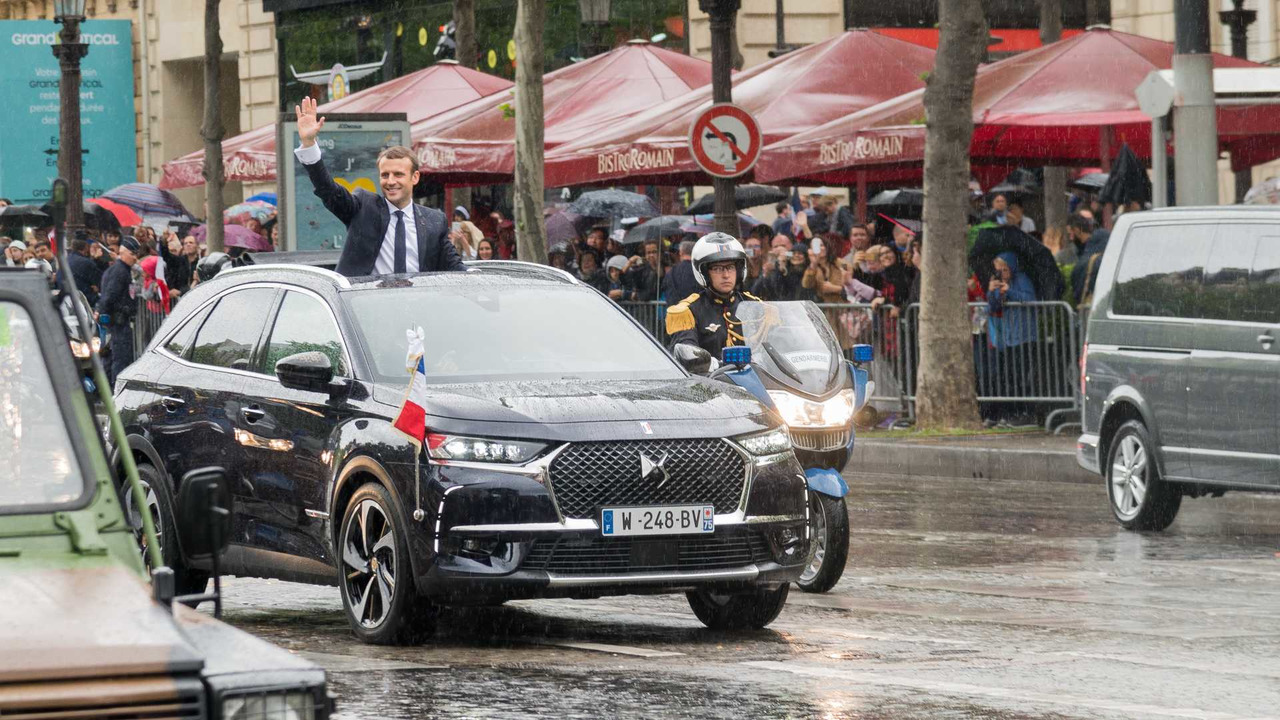 It was a case of ‘oui, oui, oui’ all the way home for new French president Emmanuel Macron as he got the exclusive chance to ride in a brand new Citroen DS 7 Crossback during his inauguration in Paris at the weekend.

The French manufacturer gave Monsieur Macron a specially developed custom prototype of the new car, which is available to order, but won’t be delivered for another seven months. In his inaugural address, the new president listed many of the challenges facing modern France, but didn’t talk about the particular challenge of selling a large premium SUV in what can be a crowded and unforgiving market.

The inaugural DS 7 came with a number of accessories that sadly won’t be available on the final production car – the French Republic badging and Tricolore flag holders were installed bespoke for Macron, as was the opening fabric roof, which allowed the 39-year-old French political superstar the chance to partially recreate the closing scene of 1990’s Pretty Woman.

Whatever his inspiration, Macron did manage to look dignified in his national produce, with the bar set admittedly low by former UK prime minister David Cameron in a Sunderland-built Nissan Qashqai:

The spiritual predecessor of the DS 7, the iconic and innovative original DS of the 1960s, was famously used by then-president Charles de Gaulle. Following an assassination attempt in August 1962 de Gaulle credited the car with saving his life and became a firm fan.

Citroen has supplied cars to other presidents – Claude Pompidou had a tasty looking SM in the 1970s, which became the car of choice all the way up to Jacques Chirac’s inaugural parade in 1995. Nicolas Sarkozy bucked the trend in 2007 with a modified Peugeot 607, while François Hollande might be feeling short-changed at his 2012 ride in a DS 5 hybrid model.

The presidential DS 7 will now go on display at DS World Paris, the brand’s flagship dealership store in France. For non-presidential buyers, the DS 7 Crossback will be available to drive from January 2018.