BMW's engineering team continues to hone the M2 CS at the Nürburgring, and a new spy video has caught the potent new mega-M2 in action. 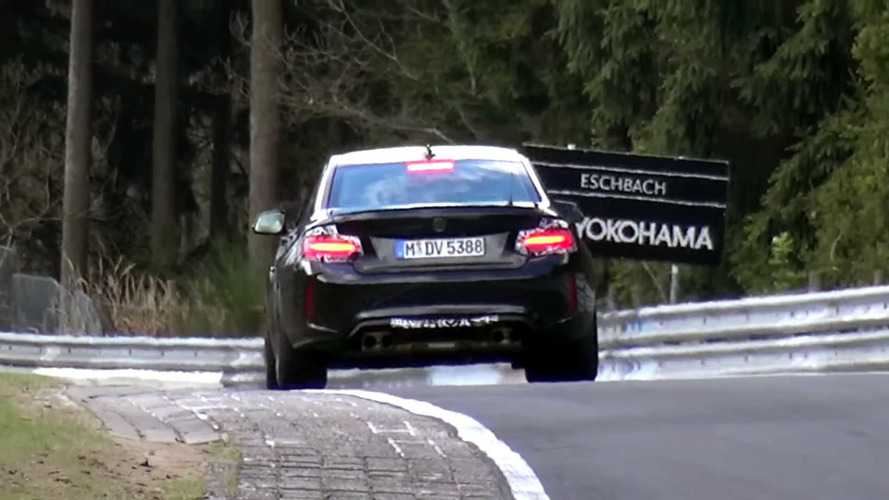 The M2 CS, which stands for Clubsport, reportedly uses the S55 biturbo 3.0-litre inline-six engine from the M3 and M4. To differentiate it from the larger models, it's been detuned to around 400 horsepower. That's down on the 425 hp from the bigger M car's powerplant, but it would be a 35-hp improvement over the existing M2's 365 hp.

There's a whole host of engineering changes to cope with the extra power. Look closely on this test mule, and you can spot a huge set of brakes behind the wheels. Given the way this test mule carves through the corners, suspension upgrades appear very likely, too. The light camouflage here also points to aerodynamic improvements.

BMW recently refreshed the the 2 Series lineup, including the M2, for the 2018 model year. However, the changes are so minor that it's hard to see the tweaks. Bi-LED headlights are now standard, and customers can upgrade to adaptive parts. BMW dubiously claims the interior is "all-new," but the improvements amount to little more than new trim. Plus, the addition of wireless charging.