This was the first car ever to get a speeding fine. 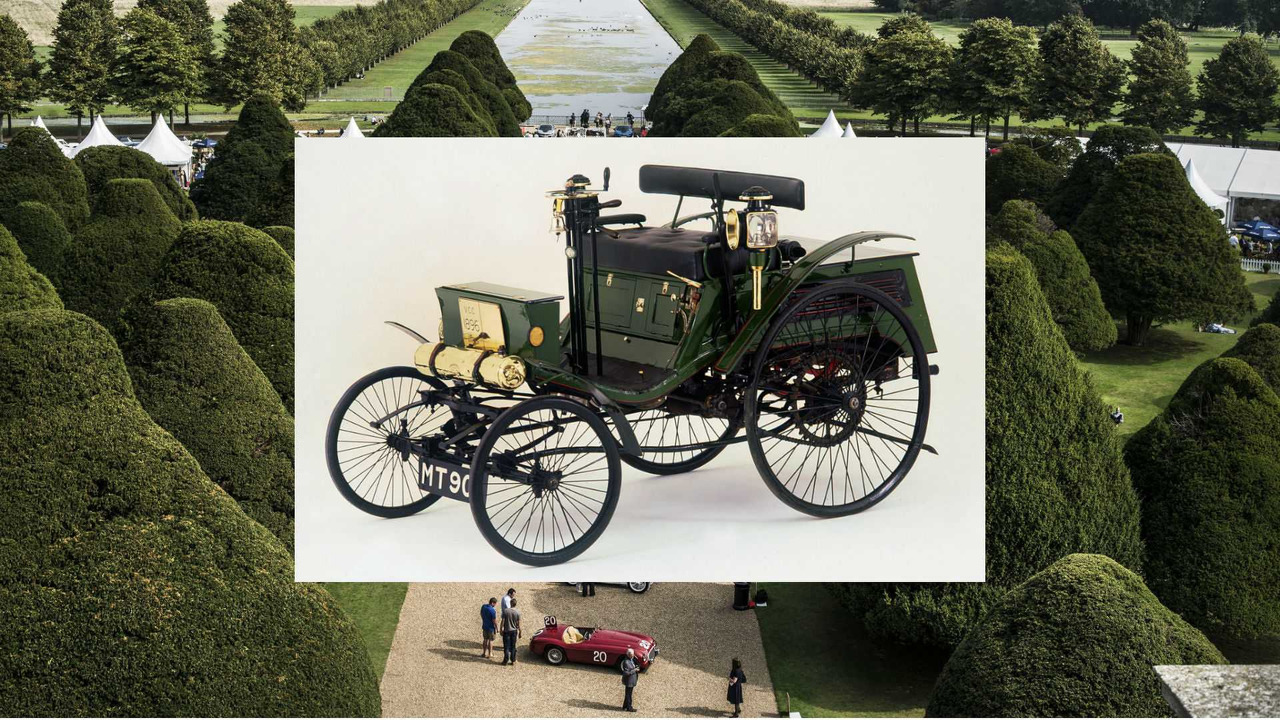 It’ll be on display at this year’s Hampton Court Concours of Elegance.

January 1896, Paddock Wood, Kent. Walter Arnold, a boy racer behind the wheel of an Arnold Benz Motor Carriage was spotted by a local police constable travelling at a heady 8mph through an urban area. More than four times the speed limit at the time - and without a man with a red flag walking in front (a legal requirement) - the police officer gave chase on his bicycle.

The pursuit reportedly covered a very slow five miles before Arnold eventually stopped, and was hit with a fine of a shilling plus costs - the world’s first ever speeding fine.

The car Arnold was driving was his own creation, based on a Benz imported from Germany. He was one of the world’s first car dealers, so no doubt pleased about the publicity around being given the world’s first speeding fine.

His motor is still around today, and it’s set to be on public display at the 2017 Concours of Elegance held at Hampton Court Palace from 1-3 September.

Alongside the 1896 Arnold Benz Motor Carriage, a Le Mans-winning Jaguar XJR-9 and the Harrods-livered McLaren F1 GTR will be on display – both of which are capable of more than 240mph.

It’s not just a static event, either. For the first time, many of the cars on display will take part in moving parades over the weekend, including a trip to the event’s new central stage focal point. Here, there’ll be commentary and interviews with some of the world’s foremost motoring experts, promise organisers.

Adult tickets start at £25, with concessions from £17.50. Carers and under-fives can enter free of charge.