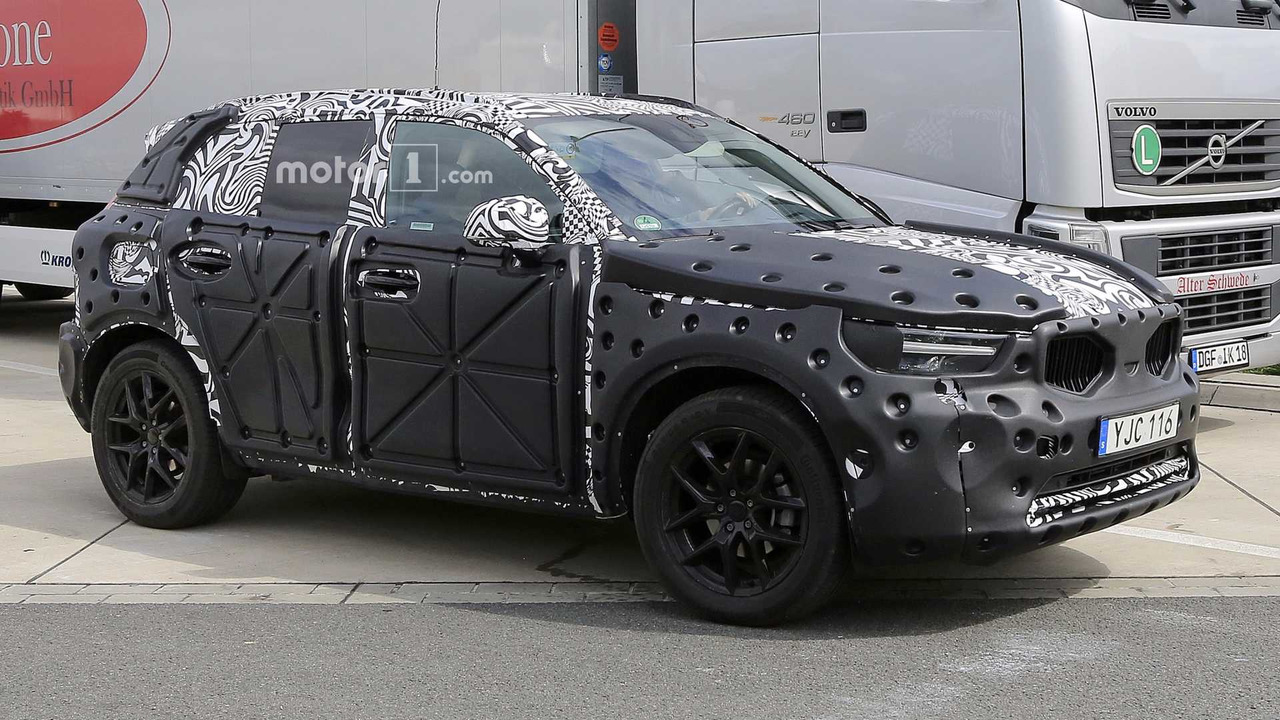 Volvo has been caught carrying out final sign-off testing of the upcoming new XC40 compact SUV, due to be revealed this summer. Seen here are a couple of near-production prototypes resting next to the German autobahn in the company of the much bigger XC90.

The camouflage kit itself is rather bizarre: once the disguise comes off, it should reveal a stylish body in the same vein as the larger XC60 introduced back in March at the Geneva Motor Show. The Geely-owned company has actually previewed the model already with the 40.1 concept, so it shouldn’t be that hard to imagine the final model’s design:

Set to go up against the BMW X1, Audi Q3, and Mercedes GLA, the XC40 will represent Volvo’s very first model to ride on the newly developed CMA platform. It will pave the way for other 40-series cars, including an S40 sedan to fight the likes of A3 Saloon and CLA / A-Class Saloon. A V40 and its rugged Country Cross counterpart are also on the agenda.

The XC40 might not remain Volvo’s smallest crossover in the lineup for long though, as the company has already admitted a 20-series family will arrive – and that could mean a pint-sized XC20 is in the pipeline.

More spy shots with the XC40:

Until then, the XC40 will debut in production guise this autumn and should go on sale before the end of the year or early 2018. It is going be available with an assortment of three- and four-cylinder turbocharged engines topped by a T5 Twin Engine hybrid powertrain.

With Volvo cutting back on attending motor shows, we certainly won't see the XC40 in Frankfurt this September since the automaker is only going to Detroit, Geneva, and the alternating Shanghai / Beijing events. The Swedes will thus likely decide to host their very own special event, as was the case with the V90 Cross Country last year.