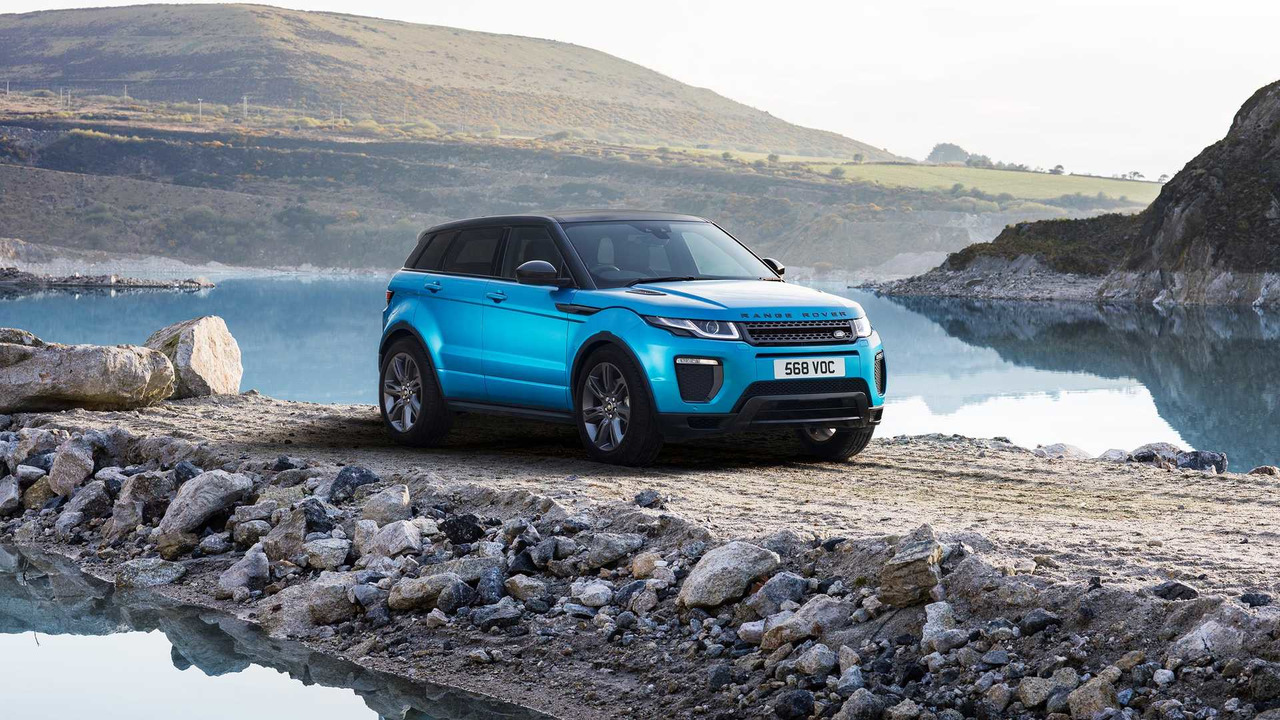 Land Rover’s perennially successful Range Rover Evoque has hit 600,000 sales in six years. The firm is celebrating this with a new special edition called Landmark, which debuts at the Royal Windsor Horse Show.

Land Rover has just built the 600,000th Range Rover Evoque in just six years, and the firm is marking this with a new special edition called Landmark. Offered in flashy Moraine Blue, Yulong White or Corris Grey, it has special styling features outside and in, plus Ebony leather, keyless entry and electric gesture-controlled tailgate

Despite now being six years old, the Evoque shows no signs of tiring. In March 2017, 6,781 Evoques were registered in the UK, a monthly record: 18,000 were sold globally, a frankly remarkable new monthly record for the premium SUV. 8 in 10 Evoques built in the UK are exported globally, which is good news for UK PLC.

Jeremy Hicks, managing director of Jaguar Land Rover UK, said: “The Evoque has been an indisputable success. It’s our biggest selling model in the UK and continues to thrive six years after launch, it’s a fantastic achievement and worthy of celebration. The Landmark edition has new dynamic detailing and a distinctive aesthetic which takes its design credentials to an even higher level – it looks fantastic and we know customers will love it.”

The £39,000 model is a 2.0-litre TD4 manual; an automatic gearbox is optional, as is the fancy Moraine Blue colour seen in these press images – it’s a premium paint option. Ordering opens on 10 May, following the car’s debut at the Royal Windsor Horse Show.

To illustrate how many Evoques it still makes, Land Rover gave us a top fact: a new Evoque is built every 170 seconds, and as the Halewood, Merseyside plant runs around the clock, this is a 24/7 statistic…

Whitley, UK (10 May 2017) – Land Rover’s Halewood production plant in the UK has built 600,000 units of the Evoque in just six years, bringing Range Rover luxury and refinement to new customers around the world.

Demand is still increasing for the pioneering luxury compact SUV that delivers critically-acclaimed design, desirability and all-terrain capability to the segment it created in 2011.

Six years after going on sale, sales reached an all-time high for a single month both globally and in the UK. The UK registered a record 6,781 Evoques in March 2017 and almost 18,000 Evoques were sold globally.

To celebrate six years of success, Land Rover has announced a new Landmark edition. The Evoque Landmark is available in a vibrant Moraine Blue colour – inspired by the turquoise lakes of the Canadian Rocky Mountains. Priced from £39,000*, the Landmark edition will make its global debut at the Royal Windsor Horse Show on 10 May, when orders will open.

Jeremy Hicks, Managing Director, Jaguar Land Rover UK says, “The Evoque has been an indisputable success. It’s our biggest selling model in the UK and continues to thrive six years after launch, it’s a fantastic achievement and worthy of celebration. The Landmark edition has new dynamic detailing and a distinctive aesthetic which takes its design credentials to an even higher level – it looks fantastic and we know customers will love it.”

An Evoque rolls off the Halewood production line every 170 seconds, with Evoque Convertible also being produced in Halewood since 2016. Most are for export to one of 130 markets, with additional manufacturing in China and Brazil to meet local market demand. In fact, 80 per cent of UK-built Evoque models are exported, finding owners across the globe from Monaco to Manila. Jaguar Land Rover is one of the UK's largest exporters and generates around 80 per cent of its revenue from overseas sales.

Evoque has Range Rover's largest trophy cabinet: the model has won more than 200 awards internationally from prestigious 'Car of the Year' and ‘Best Compact SUV’ accolades to special recognition for technology, design and engineering.

The Landmark edition is available with Land Rover’s latest technology including optional 10-inch InControl Touch Pro system featuring apps such as Spotify and a 4G Wi-Fi hotspot. The optional Remote Premium app for a smartphone or smart watch lets owners check the fuel level, lock status, location and even pre-heat or cool the cabin. Those wanting an even more enhanced Evoque infotainment experience can opt for Touch Pro Services, which offer real-time traffic mapping, satellite and ‘street level’ views and a ‘Live Apps’ sidebar with weather, news headlines, a flight tracker and more.**

The Landmark edition is based on the diesel, 180H TD4 Evoque priced at £39,000 for the manual and £40,840 for the automatic. Full list of standard features below and more information at www.landrover.co.uk