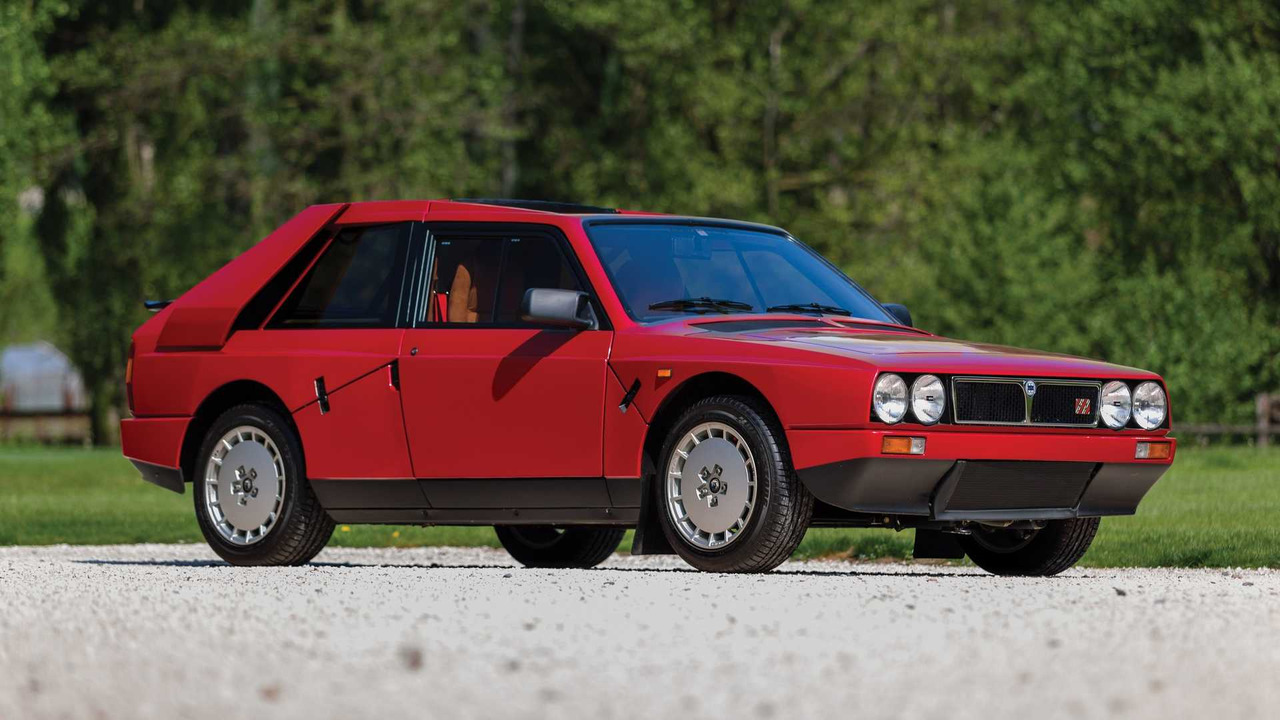 A rare Lancia Delta S4 "Stradale" is set to go under the hammer at RM Sotheby's Villa Erba sale in Italy later this month. Just 200 road-going cars were built for homologation purposes to take part Group B rallying, and now is your chance to own one.

Built in 1985 and having covered less than 1,000 miles since then, this Delta S4 is in remarkable condition. The metallic red example with a beige Alcantara interior was actually registered for the first time in 1989 and comes bundled with a significant amount of documents. These include all of the original manuals, service books, and Lancia’s certificate of authenticity.

The road-going model remained pretty much faithful to its track-only sibling and featured the same 1.8-litre turbocharged and supercharged four-cylinder engine. Needless to say, the mid-mounted unit was de-tuned for the street model and produced 250hp and 215lb ft of torque.

The track car was officially rated at 450hp, but in reality the race-spec engine pushed out somewhere in the region of 550hp. As a side note, legend has it Henri Toivonen drove an 800hp version of the race car back in 1986 for two test laps in Portugal at the Estoril track and was only a few seconds slower than the pole position time of an F1 car.

The Lancia Delta S4 ‘Stradale’ was a wonderful piece of engineering and came with a five-speed manual gearbox sending the twin-charged engine’s power to a four-wheel drive system. It tipped the scales at a low 1,200kg, so you can easily imagine it was an absolute rocket and it's still very fast even by today's standards.