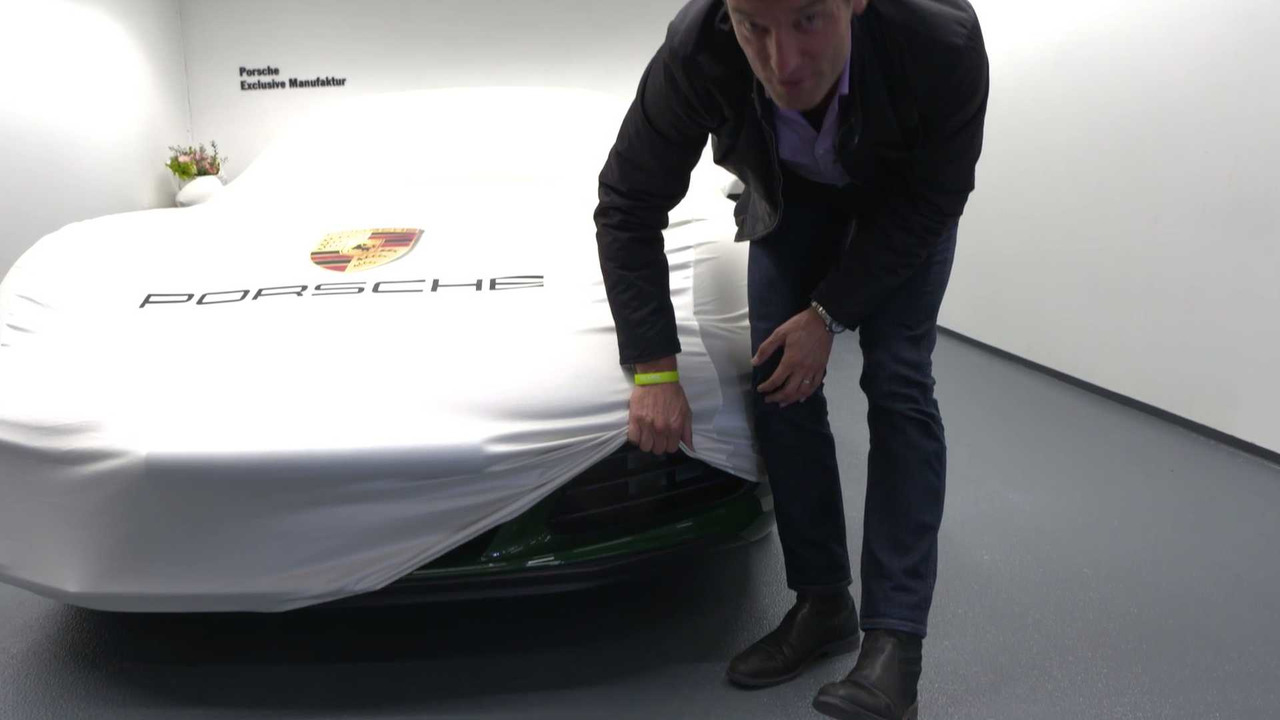 What could it be?

The folks from Zuffenhausen have been teasing a new Porsche Exclusive model for almost two months and now they’ve asked none other than Mark Webber to provide a glimpse of the company’s latest gem. We only get to see a small portion of the front bumper revealing the dark green paint and what appears to be a prominent splitter, which could indicate it’s a track-focused model of some sort.

It’s a bit tricky at this point to figure out whether it’s based on the 911 or the 718 Cayman, but we won’t have to wait too long to find out as the Australian race car driver has revealed the wraps will come off in the coming days.

So, what could it be? For what it’s worth, a video of the facelifted 911 GT3 (posted below) released back in early March ended with a car hiding its large wing under a cover. That might have been Porsche’s way of saying it has to do with its GT department, hence it could have very well been the hotly anticipated GT2.

It’s highly unusual for a car manufacturer to tease two new models at the same time, so chances are the car teased back then in the GT3’s promo video and in the clip about Porsche Exclusive is the same as the one previewed by Mark Webber. That being said, the angle from which this new video was shot doesn’t allow us to see whether the mysterious car has a wing. If it actually doesn't have one, the car in question could have something to do with that 911 R-like prototype spotted a couple of weeks ago.

If by any chance it’s not 911-related, we are probably dealing with a hardcore Cayman, perhaps a GT4 RS? A Porsche dealer accidentally spilled the beans about such a version in February, so this might be it.

We’ll just have to wait and see. Meanwhile, you can check out the teaser clip at the source link below.