The crossover doesn't appear to be moving very quickly, but it makes a lot of noise.

Since leaving the Arctic, BMW has been developing the X2 at the Nürburgring. A new video reveals the stylish crossover working out on track, and it’s clear that the vehicle isn’t comfortable at the Green Hell, which is probably a good thing.

The X2’s tyres scream as it takes the ‘Ring’s famous corners, but the vehicle’s speed doesn’t seem to fit the sound and fury. The amount of noise just doesn’t seem to match how hard the driver is really pushing the SUV.

However, very few future X2 owners will ever take their new coupe crossover to the track, even if an M version arrives later. To appeal to buyers, the SUV needs to feel good on the road, so being too soft for masterfully lapping a circuit might actually be an advantage, rather than a detriment.

The production version of the X2 continues to look like a softer version of the concept. BMW’s designers look to have created a more stylish take on the X1 by giving the new model a squinting face and slightly steeper rake for the roof. Although not quite as aggressive as the show car, the new model should still give image-conscious customers an attractive option.

Because the X2 shares a platform with the X1, they should use a similar powertrain range, too. Europeans will have an array of small-displacement diesel- and petrol-fuelled turbocharged engines to pick from. Depending on trim, customers could get front- or all-wheel drive.

The X2 will be on sale in 2018, but the production version will likely debut at a motor show sometime in late 2017 ­– possibly as soon at the Frankfurt Motor Show in September. Expect the more stylish crossover to sell for a premium over its more utilitarian counterpart. 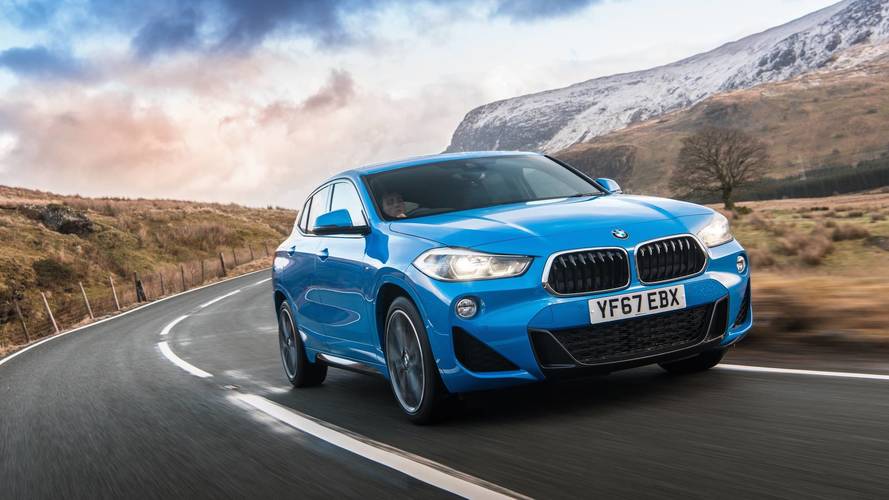