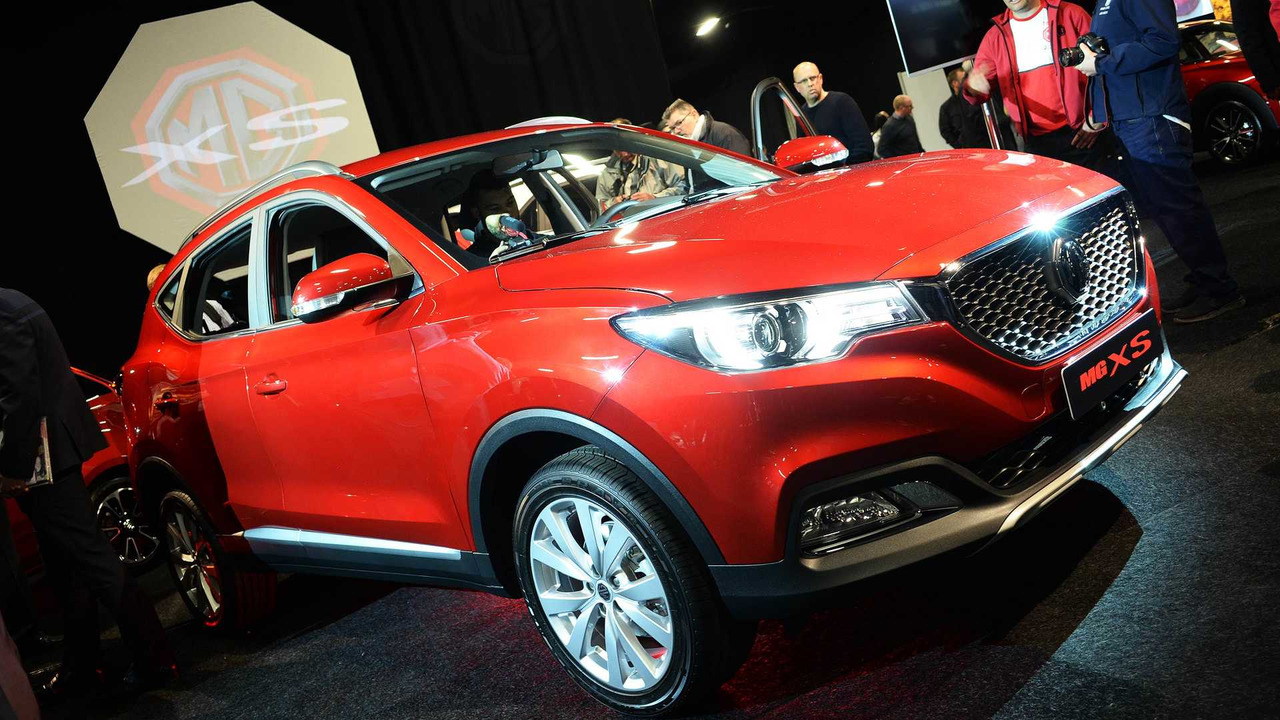 MG has revealed its new Vauxhall Mokka X-rivalling compact crossover, the XS, at the 2017 London Motor Show. If you're thinking you've seen it before, you'd be right: it was first revealed last month at the Shanghai Auto Show, sporting the moniker MG ZS. It seems MG Motor is keen to disassociate itself from the early-2000s Rover 45-derived MG saloon of the same name...

Set to launch at MG dealers later in 2017, the new crossover will sport both 1.0-litre and 1.5-litre petrol engines, a front-wheel drive layout and trim lines that head of sales and marketing Matthew Cheyne promises will be both excellent value but not sparsely-equipped as a result.

Sitting below the MG GS SUV, the new compact crossover will boast a list price that significantly undercuts the Mokka X, promises Cheyne: that's a car that starts from around £19,000. As the MG GS starts from £15,095, expect the XS to sit below this too: prices from around £14,000 would make it a B-sector crossover priced in line with B-sector superminis, which really would have the potential to cause a stir.

In anticipation of this, MG is instructing dealers to take pre-bookings for test drives and pre-orders for model brochures.

Motor1 got up close with the new XS at the London Motor Show. In the metal, it represents yet another step forward in this maturing brand's evolution, with inoffensive but contemporary styling, tight panel fit and impressive exterior quality. Paint was even, accessories such as lights were well-detailed and little about it screamed 'budget'.

The roll-out of the MG XS was also music to the ears of London Motor Show organisers: it gave them the chance to claim a genuine world-first debut, albeit a slightly tenuous one. Brits (and British tourists) can now see, sit in and snap the new MG XS at the Battersea Evolution exhibition centre this weekend.