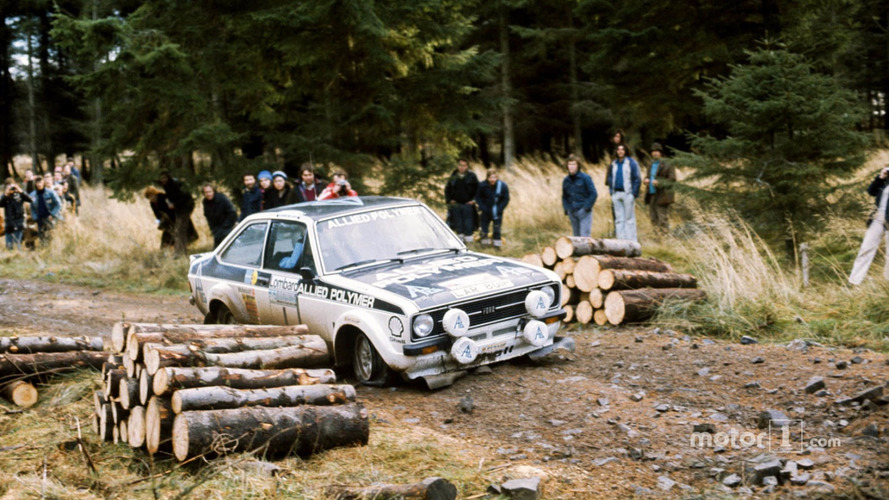 Timo Makinen, one of the original flying Finns of world rallying, has died. He was 79.

The history books will reflect on the hat-tricks the Helsinki-born driver scored on his native 1000 Lakes Rally and on the UK's RAC Rally. Clearly, a man to do things in threes, he won three successive Finnish Rally Championship titles as well.

Timo came from a different time – a very different, pre-World Championship, era to today. He was the archetypal Finn who would set the stages alight during the event and then conduct his post-event debrief from the bar.

He started competing with his brother Harri co-driving him in a Triumph TR3. Their first 1000 Lakes went well and rewarded them with third in class – just behind a couple of chaps in Saabs called Erik Carlsson and Rauno Aaltonen.

His first international outing outside of Finland was on the 1962 RAC Rally, when Stuart Turner trusted him with a works Mini Cooper.

Turner, then BMC team manager, remembers a rather unorthodox introduction to Makinen.

“The local Morris dealer from Helsinki called into my office in Abingdon,” said Turner. “He told me he was supporting a young lad and it would help him get publicity if I could find him a drive on the 1962 RAC.”

Makinen repaid the faith Turner showed in him and won his class.

Makinen was signed up then and there for a programme which mixed Minis with Austin Healey 3000s through 1963. The first big win came on the Tulip Rally in 1964, with a quite extraordinary Monte Carlo victory to kick-start the following season.

Co-driven by Paul Easter, Makinen destroyed all-comers in a Group 3 1275S. His closest competition was Eugen Bohringer’s Porsche 904, 20 minutes behind.

Makinen scored back-to-back wins on the Monte in 1966 – but would be stripped of the win on trumped-up charges centred on the dipping ability of his Mini’s headlights. His victory was handed to Citroen driver Pauli Toivonen – a win Toivonen never considered his own.

The pain of the Automobile Club de Monaco’s interpretation of the rules was eased slightly by his second successive 1000 Lakes win later in 1966. Having spoiled countryman Simo Lampinen’s hopes of a hat-trick, Makinen became the first driver ever to achieve such a feat on his home event in 1967.

As if that ’67 win wasn’t good enough, Makinen drove half of the fearsome Ouninpohja stage with the bonnet of his Mini Cooper up after the retaining straps failed.

“We did about 12 of the 25 kilometres like that,” said Makinen. “I was third fastest, even though I could hardly see where I was going – the drag was terrible too.

“I kept trying to put my head out of the window, but the crash helmet was too big! I threw the car sideways this way and the other to try and get a view from the side windows.”

A pioneer of left-foot braking

Sideways Minis became something of a trademark for the man who – along with Aaltonen – was a pioneer of left-foot braking. With only 100bhp under his right foot, he rarely saw the need to lift it from the floor once he’d mastered the art of steering the car from the rear.

When BMC closed its doors in 1968, Turner departed for Ford and took Makinen with him. The move to an RS1600 Escort might have halted the giant-killing results, but finally Makinen had a car with the power and potential to deliver on his undoubted, world-class ability. It was powered by the Blue Oval, that Makinen ruled the RAC from 1973 to 1975.

Losing his seat to Bjorn Waldegaard in 1977, Makinen stayed in the sport, but turned from the ultimate sprinter to a classic long-distance racer. Joined by co-driver Jean Todt, the pair were regulars for Peugeot in a V6 504 Coupe on the African marathons.

Always out to enjoy himself, Makinen was more than willing to give anything ago, providing it had an engine. It was just such spirit that helped him win the inaugural round Britain powerboat race in 1969 – but not before he’d convinced his boat-builder to stick a third V8 motor on the back. Two just wouldn’t have cut it…

Flying Finns have dominated rallying down the years, but that success started with Makinen. He made the mould, cut the cloth and on May 4, the lights went down on a true legend of our sport.