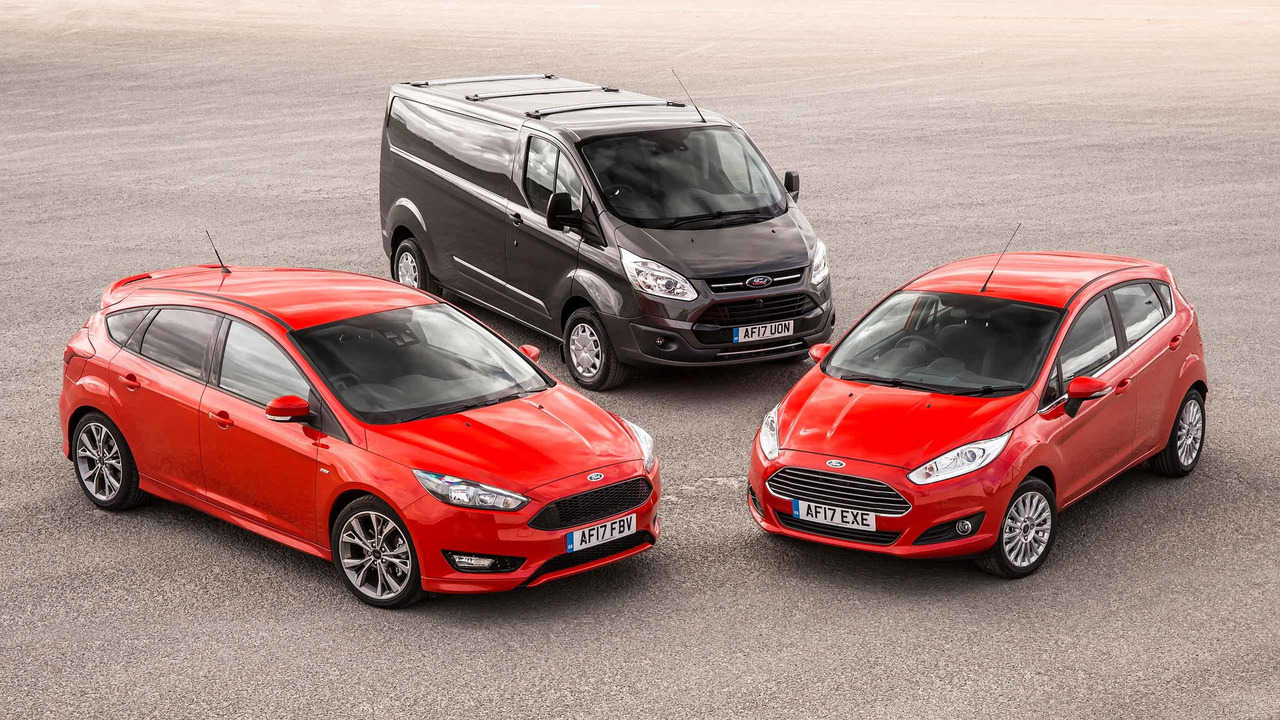 Ford registered 23,062 new vehicles in Britain last month, giving it a 13.2 percent share of the market. That’s a hefty 4.5 percent ahead of its nearest rival, achieved in part by five Fords appearing in the UK top 20: the Fiesta was 1st, Focus 5th, Transit Custom 12th, Kuga 18th and Transit 19th.

Ford’s less keen to highlight the fact its total vehicle registrations were down 30.5 percent, in a market itself down almost 20 percent, but all the volume brands suffered big falls: Ford’s decline was at least not as great as Volkswagen’s 40 percent fall.

“April was always going to be a slower month,” said Ford of Britain chairman and managing director Andy Barratt.

“Five vehicles in the UK top 20 and eight Ford vehicles leading their segments firmly underline the success of our exciting model range”.

Ford’s lead in the UK commercial vehicle sector is particularly striking. The blue oval sold 7092 vehicles, giving it a 29.5 percent overall market share. Not only is that up from its 28.9 percent share in April 2016, it’s also a massive 16.5 percent ahead of its nearest rival. The vans to thank? Why, Transit Custom and Transit – the former of which not only outsells every other van in the UK, it also outsells all but 11 cars…