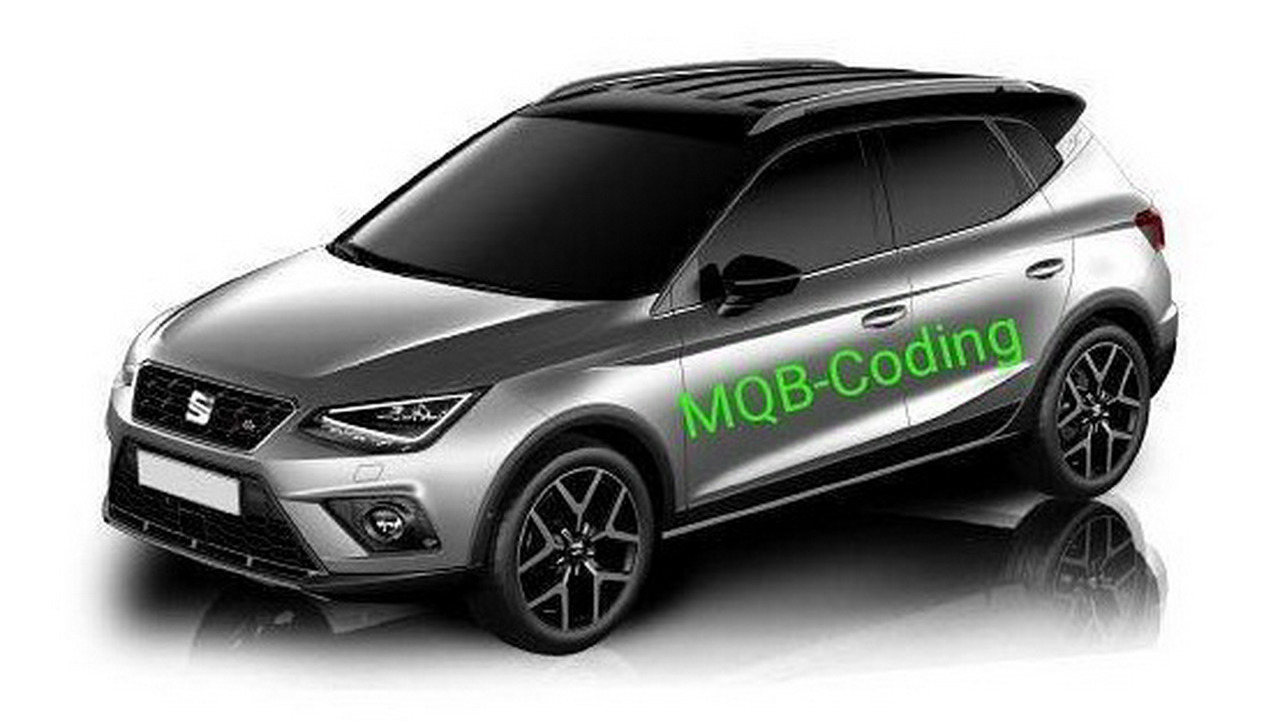 The Nissan Juke gets yet another rival.

After revealing the VW Golf facelift, VW Atlas / Teramont, and VW Arteon long before their official debuts, website MQB-Coding & Retrofit is back with another leak. This time around we’re dealing with SEAT and its first-ever subcompact crossover. Named 'Arona' after a city in Tenerife, the new model was teased just last month, but now the secret is out.

As it was the case with the previous leaks, the attached low-res images were discovered in a yet unreleased firmware of SEAT’s infotainment system, so these are legit. Out of the three renders, two of them actually show the sportier FR trim with a different design of the grille, a slightly sportier front bumper, and dual exhaust tips.

Pictures of the interior are not available at this point, but just look at the Ibiza’s cabin to get an accurate idea of what to expect from SEAT’s smallest crossover:

Not like it matters a great deal for people shopping in this segment, but the new Arona will be available most likely only with a front-wheel-drive layout. Engines will obviously be sourced from the Ibiza, including the VW Group’s new 1.5-litre TSI Evo petrol engine developing up to 150 horsepower. Depending on engine choice, SEAT will sell its little crossover with a choice of a six-speed manual gearbox or a seven-speed DSG.

A public debut is slated to occur at the Frankfurt Motor Show in September, but an online reveal will take place sooner. SEAT’s parent company Volkswagen will have its equivalent version of the Arona, a Polo-based subcompact crossover, arriving in the not too distant future.