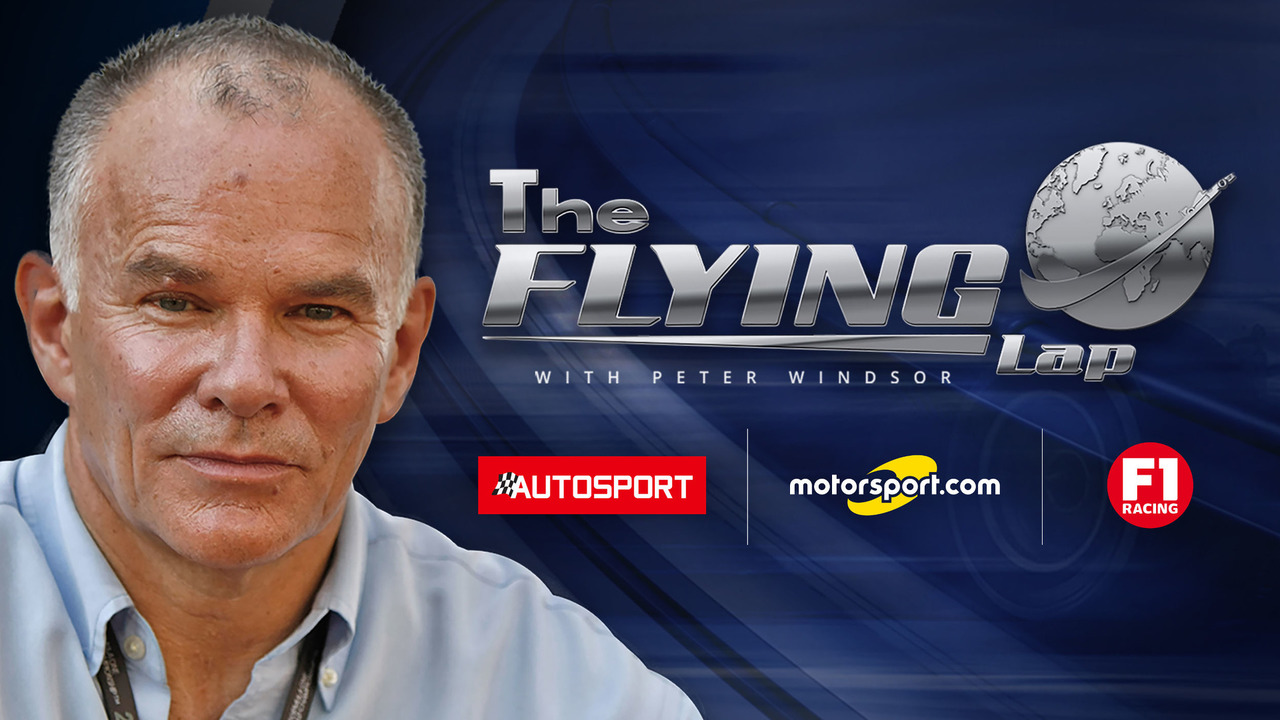 Focus will be on F1, but other competitions are going to be featured as well.

May 4th, 2017, Miami, FL. Motorsport Network has joined forces with respected motorsports journalist Peter Windsor to launch a ground-breaking video series which aims to give fans a new insight into the Formula 1 World Championship.

Produced at the Motorsport Network UK headquarters, Windsor and his team will create a wide range of video content including a new show “The Flying Lap with Peter Windsor”.

Windsor’s key goal for the innovative new programming will be to take fans behind the scenes to showcase both the human side of the sport, plus the state-of-the-art technology.

The globally-renowned journalist and commentator now will be featured exclusively on Motorsport Network, including Motorsport.com, Autosport.com and Motorsport.tv, our leading global motorsport TV channel and unique Internet TV platform.

While the focus will be on the Formula 1 World Championship battle, Windsor and the Motorsport.tv team will also create content showcasing other key championships from across the globe.

“I’ve worked for many years in all forms of media in motorsport – written word, electronically and video and television – Motorsport Network is embracing all of this, and more,” Windsor said.

“I’ve always believed that trying to understand why something happened the way it did on track is just as compelling, if not more compelling, than what we may have seen in action on a Saturday or a Sunday.

“I’ve always felt that: I've always wanted to know why. For years it was the written word upon which we relied but now the mediums of video and television provide amazing new opportunities for us to bring a new dimension of motor sport onto the big and small screens.”

Part of Windsor’s initial video content via Motorsport Network will be a weekly 60-minute program for Motorsport.tv.

“We’re doing a lot of different things on the show including talking to drivers regularly from all forms of motorsport, whether it be the other categories of single-seater cars, American racing, touring cars, sports cars,” Windsor said.

“We’re looking at the technology side in a very innovative way, with lots of 3-D animation from our in-house team and we have outstanding access to amazing photo archives from LAT and Sutton, which are part of Motorsport Network.

“Technology is at the core of motorsport; our goal, with our exclusive 3D animations and with the beautifully-detailed drawings of Giorgio Piola, is to make that technology as palatable for the fans as the on-track racing - perhaps even more so, in some cases.”

In addition to the new programming, Windsor’s extensive archive of work will now be seen on Motorsport Network outlets.

“Having Peter produce new programming for the network will raise the bar for us yet again, and being able to view his vast video archive of video content exclusively on Motorsport Network is another huge addition.”

Born in England but raised in Australia, Windsor began his career as a flag marshal, journalist and press officer before moving to the UK at the age of 19.  As a journalist he has won five major awards, including UK's Sports Reporter of the Year and Feature Writer of the Year, and as Team Manager at Williams he won both the Drivers' and Constructors' World Championships. Peter was also General Manager of the Ferrari F1 team's UK base when Mansell and Alain Prost were winning F1 races in 1990.

In television he has worked for ESPN, Fox Sports Net, SpeedTV, C4 Australia, Sky F1 UK, FOM and LeTV China and he has appeared in numerous motor sport documentaries, including the BBC's "Hunt-Lauda", C4 UK's "Gentlemen Lift Your Skirts" and the upcoming Ferrari and Williams F1 film releases. He was recently awarded the Lorenzo Bandini Gold Medal for his services to motor sport.