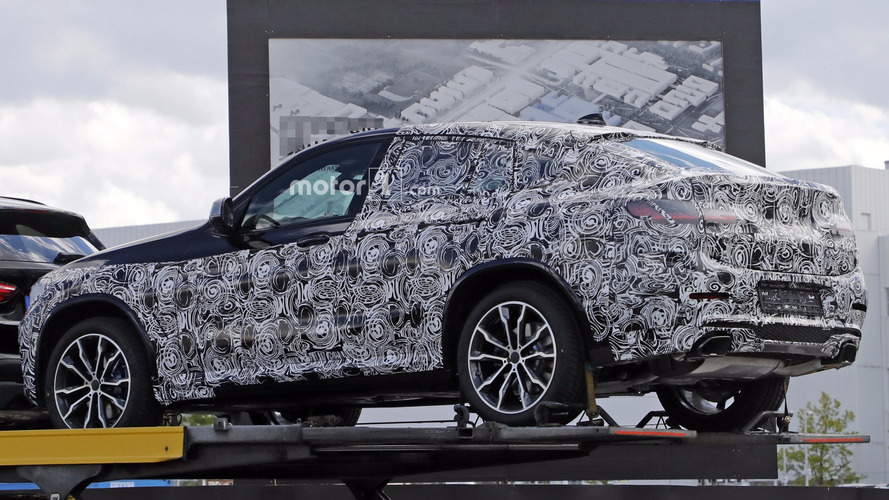 And this appears to be a hot one.

The X4 has only been around for three years, but as the attached spy shots show, BMW is already hard at work preparing the second generation. This is perhaps no surprise: today's version of the SUV is based on the current X3, which has been around since 2010. That means the X4 is not exactly young when you check out its underpinnings. As for the second-gen model, it will, like the new X3, switch to BMW's latest CLAR platform.

Get to know the standard X3:

The dual exhaust tips and big brakes could indicate we’re looking a higher-spec version, perhaps an M40i of some sort. Some would say the rear end is sending out a Mercedes GLC Coupe vibe, which is kind of ironic when you consider the X4 came out first. That might just be because of the camouflage, so it’s better to reserve our final judgment for the moment when the disguise will come off entirely.

With the standard X3 expected to shave off an estimated 100 kilograms, its sleeker counterpart should go through just about the same diet. Using this logic, an X4 M could happen as well since an X3 M is in the pipeline.

Latest intel suggests BMW will introduce the third-generation X3 in June, prior to what will likely be a full public debut at the Frankfurt Motor Show in September. Sales should kick off before the year’s end, whereas the X4 is probably set for a 2018 launch as a 2019 model year car.