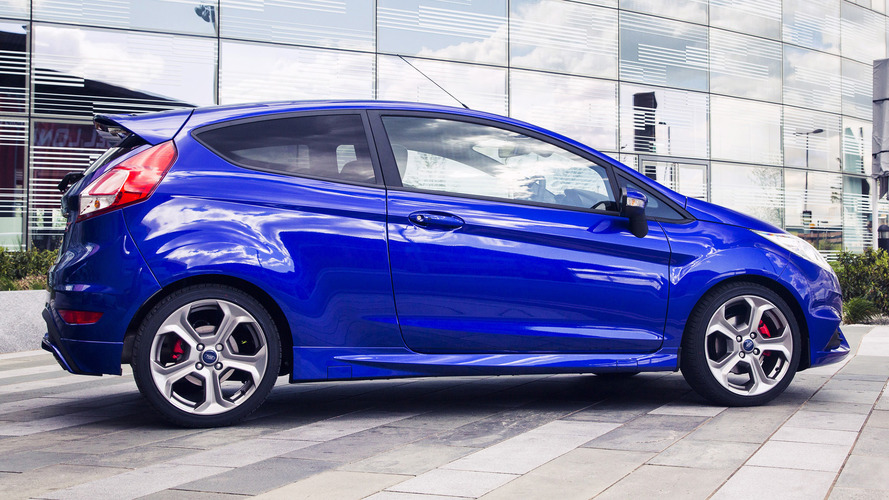 Europe closes in on China.

European car sales reached record numbers in March – a total of 1.92 million brand new vehicles were registered on the continent, which represents an increase of 10.5 percent over March 2015 and the highest monthly volume ever recorded. What’s more impressive, the EU overtook United States and was very close to the 2.02 million sales in China this same month.

Out of the five biggest markets, Italy saw the largest increase in monthly sales – 17.4 percent more than the same month in 2015, followed by Spain (12.7 percent), Germany (11.4 percent), and United Kingdom (8.4 percent). A total of 16 out of 30 markets on the continent showed double-digit gains and just five lost volume. Greece recorded the biggest growth while recovering from its deep recession, with a 49.5 percent increase.

Interestingly, 26 brands from a total of 52 represented on the continent sold more cars in March than they’ve ever done in a single month in Europe. Volkswagen remains a market leader with 3.9 percent increase in sales, followed by Ford with a very strong growth of 15.9 percent. Renault outsold Opel/Vauxhall for the third place.

According to data from JATO Dynamics, the Volkswagen Golf has been overtaken by the Ford Fiesta as the continent’s best-selling car. Market specialists explain there are several reasons for this shift, including Ford’s more aggressive incentive program and the general slowdown on diesel registrations, which had a notable intact on the Golf sales.

On the premium front, both Mercedes-Benz and BMW broke the 100,000 number mark, while Audi just missed the target by around 1,000 examples. Meanwhile, Volvo set a record month delivering 36,891 cars, while Porsche registered 9,259 new cars, also a new record.

European March sales usually are the highest for the whole year and represent more than 11 percent of the total annual registrations. This year Easter fell in April instead of March, giving dealers extra selling days during the month.

Check out the three source links below for additional details.

European new car sales boomed in March 2017 with new registrations for the month totalling 1.93m units, a 10.8% rise year on year and a record for the month.

The European market also overtook the US to become the world's second largest region for car registrations last month, according to JATO Dynamics.

All five of the largest regional markets posted a healthy increase in registrations, with Germany, Italy and Spain all experiencing double digit growth. The largest increase was posted by Italy; registrations increased by 17.4% - this was largely boosted by pre-registrations, as private demand has cooled
following lower incentives.

The UK experienced growth of 8.4% in March, as the market reacted to the impending tax changes that came into force in April.

Twelve other markets also posted double-digit growth. Countries such as Poland benefited from a strong economic situation, with positive consumer sentiment contributing to the market's 26% increase.

The 22.3% increase in the Netherlands was influenced by increased purchasing power among consumers, as well as a larger amount of jobs with leasing contracts.

"For the first time in seven years, the Volkswagen Golf has been overtaken by the Ford Fiesta as Europe's best-selling car model. There are several reasons behind this shift - one of which is that the Volkswagen Golf is also experiencing a natural lull in sales, as it runs down on stock of its pre-facelift range. On top of this, Ford's incentive programme has been more aggressive when compared to Volkswagen. There's also been a general slowdown on diesel registrations across the continent, which has had a notable impact on the Golf, but has left smaller segments, where the Fiesta sits, relatively unaffected. This change in position may only be temporary, as we expect the updated Golf model to reinvigorate sales once it becomes more readily available in the market," said JATO's global automotive analyst Felipe Munoz.

SUVs continued to dominate the market, thanks in particular to a more active VW Group, which is expected to continue this trend as it launches several more SUV models in coming months. New SUV launches also benefited brands such as Maserati, Jaguar and Seat.

The big story of the month was the Ford Fiesta overtaking the Volkswagen Golf as Europe's most popular car. The Golf has held the top position for several years, and was last overtaken in March 2010.