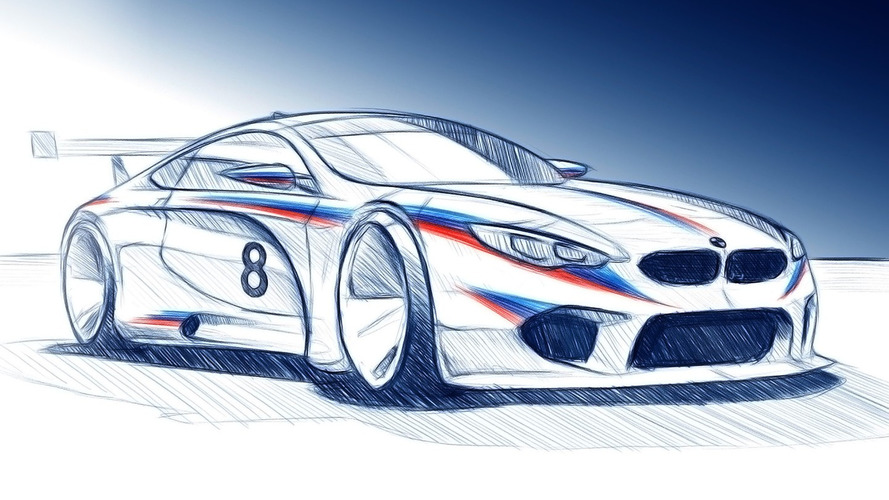 Reports are indicating it will be based on the M8.

BMW is hotly tipped to be using the M8 model for its FIA World Endurance Championship GTE assault next year. Motorsport.com's artist's impression shows how the Bavarian marque's contender could look.

The GTE Pro field is certainly set to be a busy one in WEC next year, as BMW joins existing manufacturers Ford, Ferrari, Porsche and Aston Martin in having a full factory entry.

BMW has released few details about the project at this stage, although it announced late last year that it was entrusting the former DTM squad MTEK with preparing its entry.

German media reports last week suggested that BMW has decided on the M8 - the 'M' variant of the 8 Series model that is slated for release next year - as the base car for its GTE challenger, something confirmed by Motorsport.com's own sources.

The new 8 Series is effectively a replacement for the current 6 Series model range, which forms the basis for BMW's current IMSA WeatherTech SportsCar Championship contender, the M6 GTLM.

It's been suggested the 4.4-litre V8 turbo engine used by the M6 GTLM could also be used in the M8 GTE.

While BMW is unlikely to confirm the M8 as the basis for its GTE project until later this year, it's thought track testing for the new machine has already begun.

Pirelli and the BMW M8