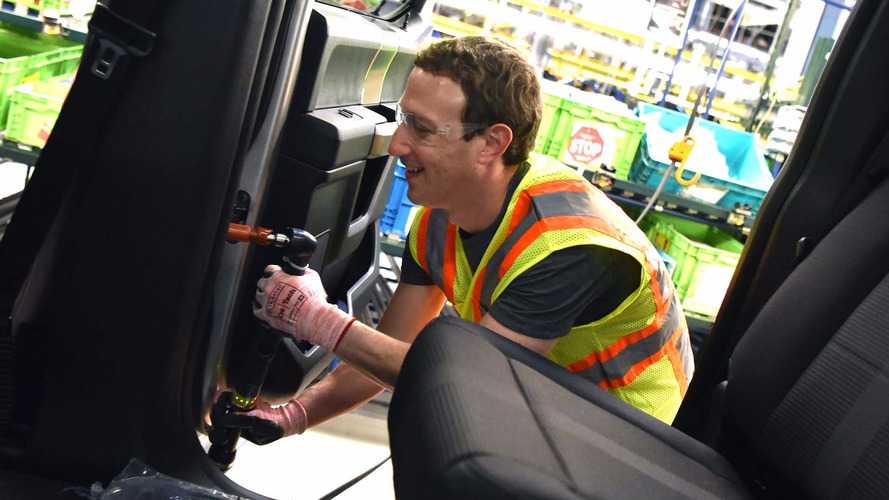 He did some minor assembly work then signed an F-150 inspection sticker at Ford’s Rouge Plant in Dearborn.

Facebook boss Mark Zuckerberg visited Michigan recently on his “Personal Year of Travel Challenge.” His itinerary included a stop at Ford’s Dearborn assembly plant, where he had a chance to get up close with F-150s under construction and chat with the people who build them.

You can’t visit such a place without getting your hands dirty, however, so Zuckerberg donned some safety gear and, according to his Facebook page, also performed some minor assembly. And yes Ford fans, keep your eyes peeled in the coming weeks and months at your dealership, because the social media mogul also said he signed the inspection sticker on one.

In his post he did rather poignantly sum up life on the assembly line, something which is often hard to grasp by those who’ve never worked on one.

“Working on the line at an assembly plant is physically hard, and the people I met talked about how tiring it is and how worn down you get. Each person told me separately how important it is to have good shoes because you're essentially walking on a treadmill for 10 hours a day. Every 52 seconds, you have to go through your set of tasks -- 650 times a day. You have to be perfect, but the biggest challenge is having the focus to do the same thing over and over again.”

There is certainly a bit of irony in the creator of Facebook – arguably the single greatest medium in recent memory for encouraging reclusive behaviour – taking extra steps to get out and about by visiting people and places. Zuckerberg’s 2017 challenge is to do just that while visiting all 50 states, and while there will certainly be those who mock his efforts, we applaud what he’s doing.

It’s easy to swing by somebody’s office for a handshake, or set up a big stage at a plant for a speech and photo op. But as a Detroit-based network that’s proud of the Motor City and the automotive heritage within, we want to thank Mr. Zuckerberg for taking time to speak with real folks building real cars in Motown.

And if you wouldn’t mind telling us which F-150 you signed, that would be great too. 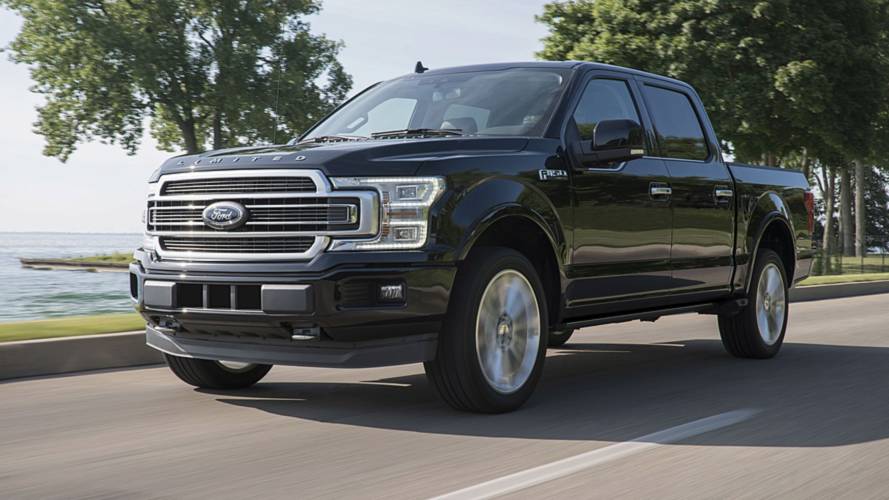 DEARBORN, Mich., April 27, 2017 - Facebook’s Mark Zuckerberg visited Ford Motor Company today as part of his “Personal Year of Travel Challenge” to get out and talk to more people about how they're living, working and thinking about the future.

In choosing to come to Michigan this week, he met with Ford employees to learn about their work and how they are incorporating new technology and innovation into design, product development and manufacturing.

As part of the visit, he worked on the line at the Dearborn Truck Plant, saw how the company prototypes and designs vehicles at our Product Development Center, and rode in the Ford Fusion Hybrid autonomous research vehicle to get a feel for how the company is preparing for the future as it transforms to be an auto and mobility company.