This is going to be SEAT's most expensive car ever.

While we're used to seeing high-performance crossovers from premium manufacturers, mainstream carmakers are now starting to dip their toes into this relatively new segment as well.

Volkswagen is set to launch a hot Tiguan R while SEAT will have the equivalent version, this Ateca Cupra spotted recently flexing its muscles around the Green Hell. The bigger brother of these two models, Skoda’s Kodiaq, will too spawn a hot RS derivative in years to come. 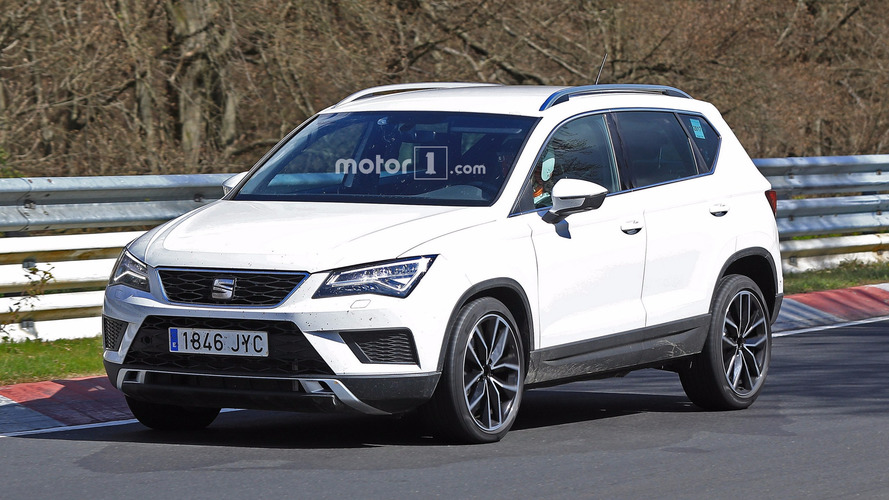 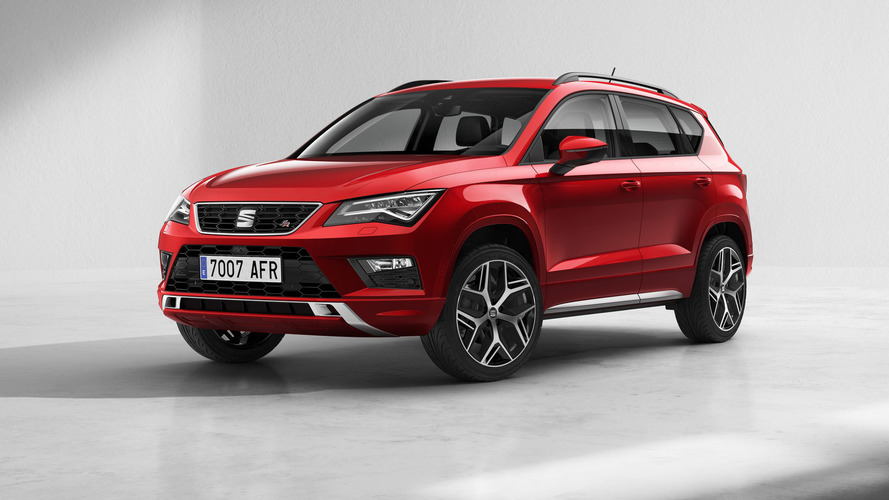 Seen here is a prototype of the Ateca Cupra fitted with a body sourced from the recently introduced FR trim. One difference you can see in the pictures is the absence of the front fog lights to make the air vents seem bigger, although these appear to be fake since there’s a piece of plastic behind that honeycomb pattern.

At the back, the quad round exhaust tips might not make it into production taking into account SEAT’s Leon Cupra models have two oval finishers and it would be odd for the Ateca Cupra to get a different setup. A lowered sports suspension, beefier brakes, bespoke alloy wheels, and a slightly more aggressive body will nicely round off the changes on the outside. 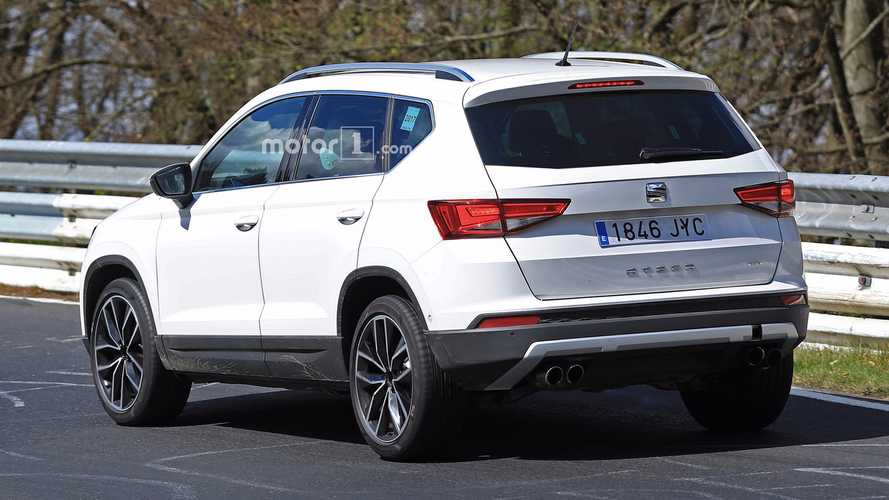 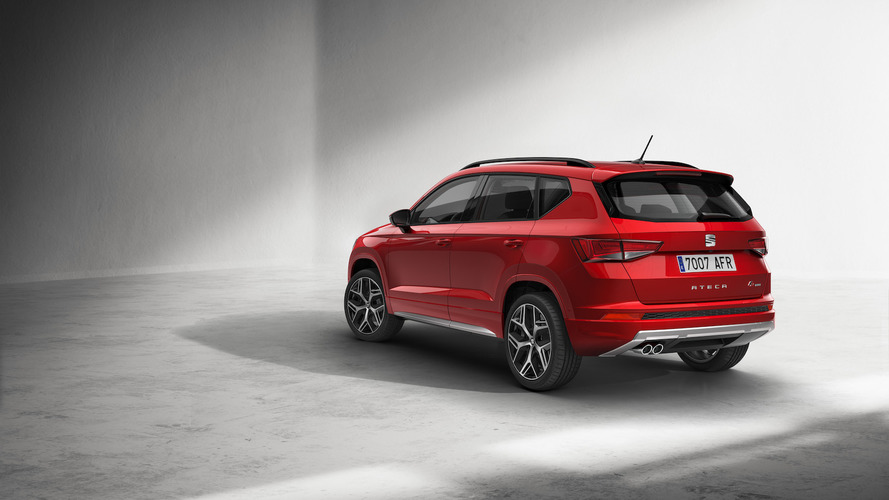 Under the bonnet, we’re expecting to see the 2.0-litre TSI with 300hp and 280lb ft of torque. The “4Drive” badge at the back of the prototype indicates the Ateca Cupra will come with an all-wheel-drive layout as is the case with the Leon ST Cupra.

Expect to see the beefier Ateca debut in production guise at the Frankfurt Motor Show in September when VW might bring the Tiguan R as well. The go-faster crossover from Martorell will probably go on sale towards the end of 2017 and is going to be the most expensive SEAT in the lineup. When the wraps will eventually come off, the production version won't stray too far from our speculative render: 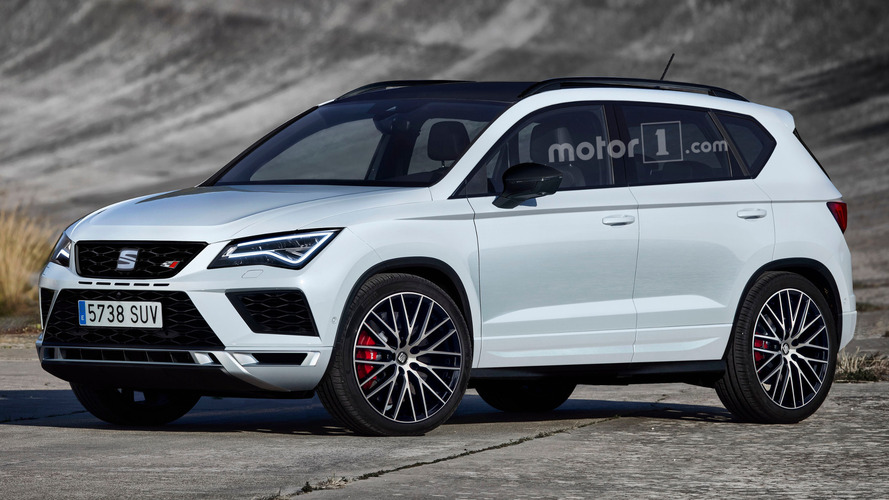