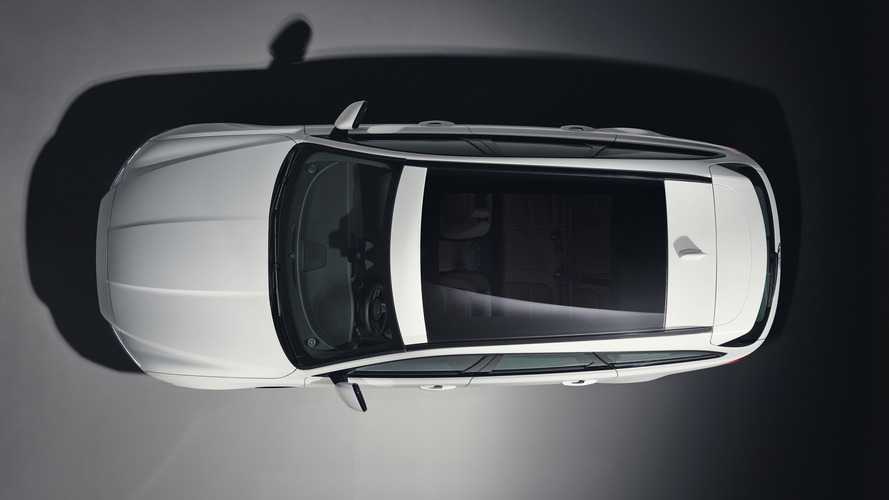 The estate's shape was drawn on a large scale at Wimbledon.

We don’t need a crystal ball to figure out what the new XF Sportbrake is going to look like, but nevertheless it’s nice that Jaguar has decided to drop a teaser of its upcoming estate. The saloon is already a nice car to begin with, so its long-roof counterpart showing here a massive new panoramic glass top should prove to be even more appealing for many people, us included. And since the company has made it clear an XE Sportbrake won’t happen, this will be the only wagon in Jag’s lineup.

Set to go up against the Audi A6 Avant, BMW 5 Series Touring, and Mercedes E-Class Estate, the new XF Sportbrake will mirror the engine lineup of its saloon sibling. As one would expect from an estate, the ace up its sleeve will be a much bigger boot; chief designer Ian Callum is promising big practicality improvements here. Headroom for passengers sitting in the back might improve a little bit as a result of the modified roofline.

The more family-friendly XF will likely swallow more cargo than its predecessor, which was able to carry 550 litres with the rear seats in place and 1,675 litres after folding them down.

Jaguar says it will have the XF Sportbrake on sale in Europe this summer, so a full reveal is expected to take place in the coming weeks.

Indeed, the image below is showing the side profile of the car on a large scale at the All England Lawn Tennis Club as way to point out Jaguar is The Official Car of The Championships, Wimbledon. Could Jaguar thus decide to launch it there in early July?

With less than 70 days to go until The Championships, Wimbledon 2017, the famously manicured surface of the All England Lawn Tennis Club served as the canvas for a large-scale outline of the dynamic sports estate.

Ian Callum said: “With XF Sportbrake we’ve created a silhouette which sweeps towards the rear, almost into the distance, and really gives the car a sense of speed and sportiness. It will bring new levels of practicality to the range without sacrificing the dynamic design and agile handling our customers expect.”

Neil Stubley said: “Ian and I come from very different professions but the roles of Head Groundsman and Design Director at Jaguar have one thing in common – our dedication to achieving perfect precise lines.  If we get one line out of place, the whole world will see it, so it’s vital that we achieve 100 per cent precision with every line we draw.”

The XF Sportbrake will join the award-winning XF sports saloon in the Jaguar line-up when it goes on sale this summer.

Jaguar is official car partner for The Championships at Wimbledon 2017, which runs from Monday 3 July to Sunday 16 July.