This Rare Porsche 911 Leichtbau Has A Wonderfully 90s Interior 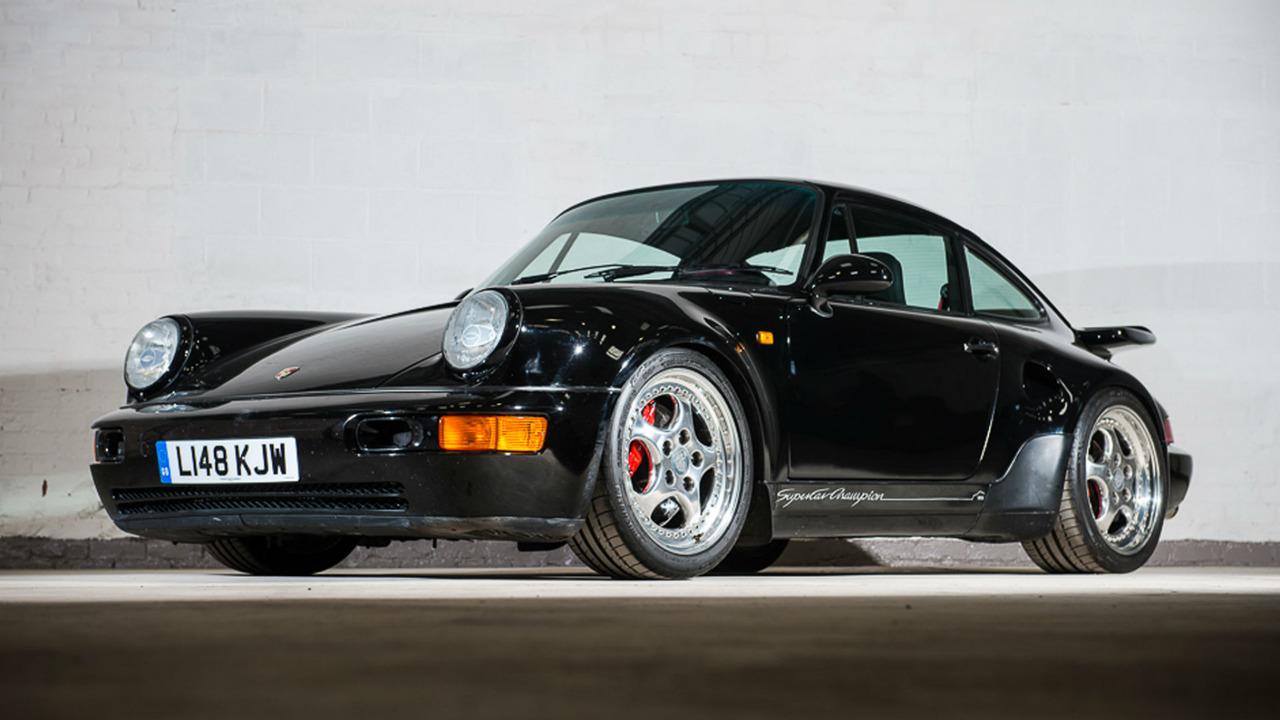 It’s up for auction at Silverstone next month.

Porsche built just 86 examples of its 964 Turbo S. It was called the ‘Leichtbau’ – or ‘Lightweight’ – thanks to an incredible 180kg saving versus the regular 911 Turbo of the time. With little in the way of soundproofing, no rear seats, aluminium doors and use of carbon fibre (almost unheard of on a road car at the time), the 964 Leichtbau was extreme.

But this Leichtbau is even more special. It sports an unusual C99 country code, along with peculiar triple-tone seats and a matching steering wheel, alluding to the fact that it’s not a typical 964 Turbo S. And, because it’s a special example of a rare Porsche 911, it’s expected to make all of the money when it goes up for auction next month.

“The Leichtbau is one of the most exciting 911s available with unique rarity and stunning looks,” explains Silverstone Auctions classic car specialist, Harry Whale. “Being 40mm lower, 180kg lighter and with an additional 61hp, the Leichtbau is uber-powerful and a very exciting proposition for Porsche enthusiasts.”

The car is a left-hand-drive model first registered in the UK in 2014 and carries a Porsche Certificate of Authenticity supporting its limited edition status. Its early history is a little sketchy, but Silverstone Auctions has had a 230-point report carried out to confirm it’s a genuine ‘matching numbers’ car, and the 68,868km reading on its odometer is concurrent with its general condition.

The auctioneers say it will be supplied with two keys, V5, replacement service book, receipts and MOTs from the car’s current ownership, along with a list of the original options fitted and a fresh MOT.