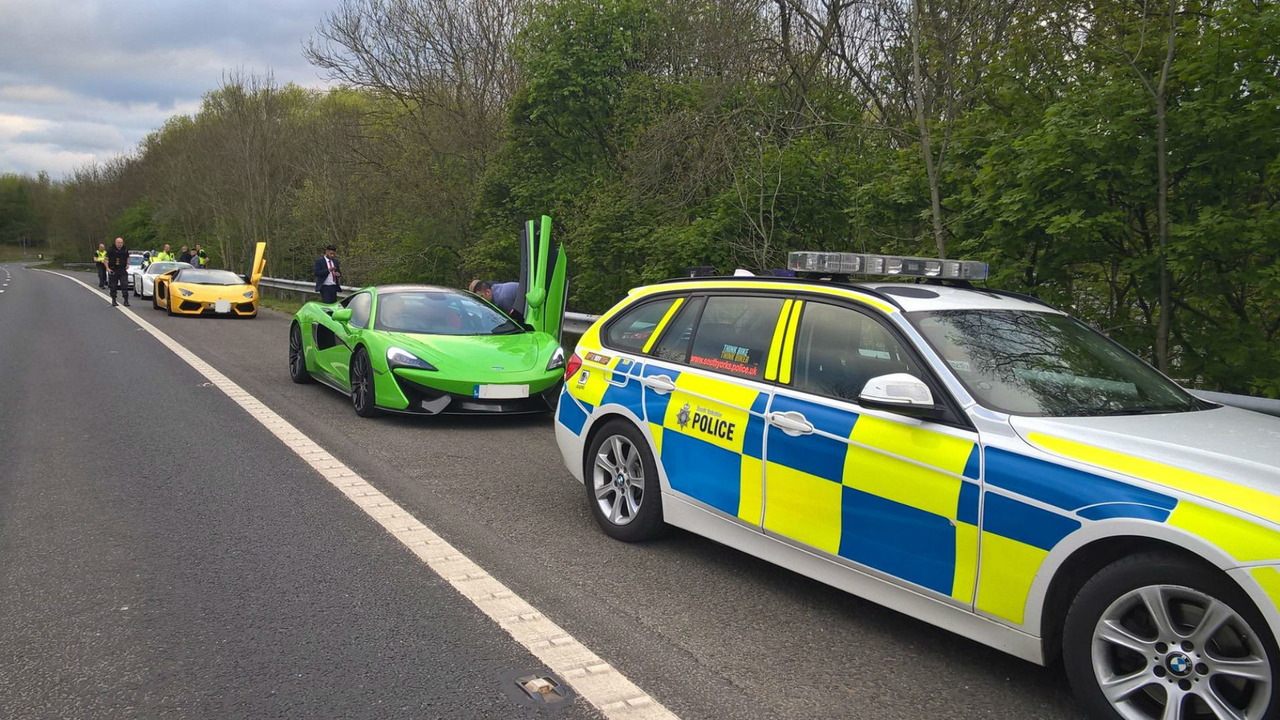 The hired cars were slowing traffic on the M1 before speeding off.

What would you do if you had 24 hours with a McLaren 570S, Lamborghini Aventador and Ferrari 458? A group of friends in South Yorkshire headed to the M1 motorway - where they lined up across three lanes, slowed traffic to a crawl and accelerated away as part of a rolling drag race.

Motorists were understandably perturbed by this - so reported the actions to the police, who used CCTV footage to prove they were driving in an ‘anti-social manner’ and confiscated the three vehicles.

“This seizure proved very expensive for a young male and his friends who had hired out these cars,” said South Yorkshire Police in a Facebook post.

“Under the police reform act if you are seen driving in an anti-social manner we can seize your vehicle and impound it.

“We are pretty sure it won’t be crushed and turned into tin cans but you never know.”

The drivers are said to have been heading to a wedding before they were stopped by traffic officers on a southbound section of the M1 near Barnsley. Police haven’t said what will happen to the three friends, but usually anti-social driving is dealt with by an on-the-spot fine of £100 and three penalty points. As the cars have been impounded, officers might be hoping to charge them with a more serious offence such as dangerous driving.

“Anti-social driving will not be tolerated and we will deal with you accordingly,” the police force added.

The three supercars would have been worth in excess of £500,000 when new, and all would be capable of hitting 62mph in less than 3.5 seconds, and reaching more than 200mph.

Reaction to the seizure on social media has been mixed, with some praising police for their actions, while others criticise the ‘nanny state’.

“Well done,” said one comment. “You've successfully ruined three people's day who were doing no harm at all. You should be very proud of yourselves.”

“Turning on your blue lights after losing a race is just bad sportsmanship,” added another.