Dealers Are Making A Cheeky £100,000 Profit On This Rare Aston Martin 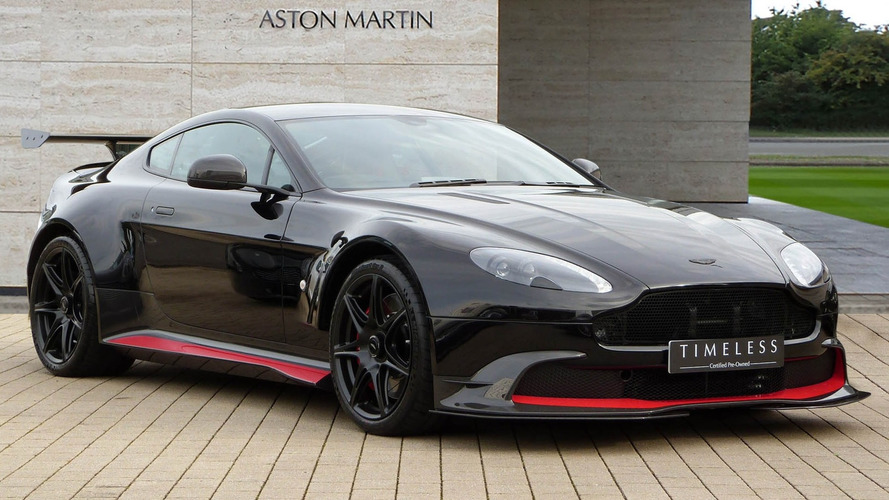 £165,000. That’s how much money Aston Martin wanted for the Vantage GT8 when the special edition was launched about a year ago. Production was capped at just 150 units and all of them were sold pretty much in the blink of an eye. But now, on the used car market, asking prices are nudging as high as an eye-watering £285,000.

Most have covered little more than delivery miles, suggesting they're being sold for an easy buck by the dealer or original owner. One such example is number 66/150, which has just been advertised by HR Owen and sports just 66 miles on its odometer.

Wearing menacing black attire with contrasting red accents, the rare 190-mph supercar commands a huge premium as it can be yours for a cool £259,950. Doing simple maths, it means the car costs £95,000 more than its original sticker price, before options - or about the same as a brand new Porsche 911 GTS.

To be fair, it’s far from being standard as the options list is quite extensive. From the aero pack and numerous exposed carbon fibre bits to a 700-watt sound system and even an alarm, this particular Vantage GT8 has basically all the bells and whistles. It also as the optional “GT8” badge at the back to let everyone know you’re not driving a “regular” V8 Vantage.

Not only is the track-focused Aston 100kg lighter than the already hardcore V8 Vantage S, but it also has an extra 10hp produced by the upgraded 4.7-litre V8 engine pushing out 440hp for a 0-62 mph sprint in 4.4 seconds. Deep-pocketed purists will be happy to hear this car is fitted with the standard six-speed manual gearbox, as an optional seven-speed automated manual transmission was also available.