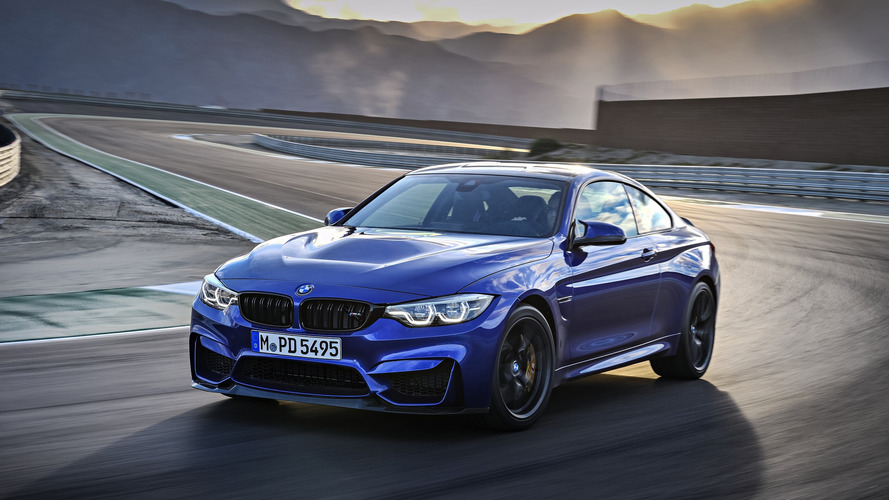 Bad news: you probably won’t get an M4 CS. Good news: you could always wait for the M2 CS.

The paint hasn’t even dried on BMW’s new M4 CS, but already people are asking one very important question: just how many is the German car manufacturer expecting to make? Only 700 units of the M4 GTS were produced, you might remember, all of them accounted for pretty quickly. The M4 CS could see just a bit more than that.

According to CarBuzz, BMW will limit its M4 CS to 3,000 units worldwide in a two-year run. Not as exclusive as the GTS, mind you, but still limited in relation to typical production standards. The new CS reportedly lends its existence to the more potent GTS, as buyers that might have missed out on the hardcore Bimmer were still begging the company for something hotter than your typical run-of-the-mill M4.

"We were surprised by the demand for the M4 GTS. All 700 units were sold out within four weeks," said BMW M’s Marketing Chief, Peter Quintus. "For various reasons we couldn’t build anymore, but there was a clear business case for a more track-focused M4 to slot in above the M4 Competition and below the GTS. And that’s how the M4 CS came about."

But the M4 CS may not be the only hardcore variant added to the lineup. Quintus suggested that the CS moniker could make its way to other vehicles in the M Performance portfolio, most notably the new M2. "Customers want a variety of different M models," he said in the interview. Though not directly confirming that the new M2 would be the next in line to get the CS treatment, it seems likely.

As for the M4 CS, though it will be limited, it should be well worth the asking price. The 3.0-litre engine has been upgraded to deliver an extra 10 horses over the standard M4, bringing the total output to 460hp and 442lb ft of torque. That means it will sprint to 62mph in just 3.9 seconds, and continue on to an electronically limited top speed of 174mph.

How BMW Turned Water Into 50 bhp