Mercedes-AMG Project One To Have 1,020 HP

1.6-litre V6 turbo engine from an F1 car will work together with four electric motors.

As most of you are aware by now, the Mercedes-AMG Project One hypercar was shown behind closed doors at the Geneva Motor Show last month ahead of an already confirmed full debut this September in Frankfurt. One of the people fortunate enough to buy the F1-engined beast has seen the two-seater machine clad in carbon fibre and he described it as being a “truly wild thing, extreme in every respect”.

A new report now reveals more juicy details about the Project One’s powertrain. The turbocharged 1.6-litre V6 engine adapted from Mercedes-AMG’s title-winning W07 Formula 1 car will allegedly develop 748 horsepower and will work together with no less than four electric motors. Two of them will drive the front wheels while the other two are going to be for the turbocharger and the crankshaft. This quartet of electric motors is said to churn 408 hp and, combined with the V6 petrol unit, will provide the hypercar with a total output of 1,020 hp. 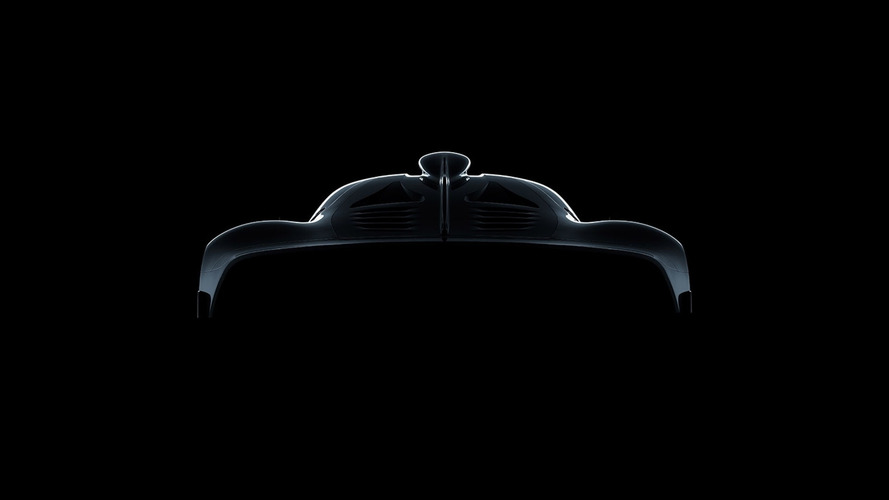 According to this new report, the all-wheel-drive range topper from Affalterbach is going to weigh less than 1,315 kilograms and will be able to travel running solely on electric power for up to 30 miles.

Sold out in the United States, Mercedes-AMG’s new crown jewel will be limited to 275 units and already about 225 units have been pre-ordered, despite an estimated and eye-watering price tag of £1.9 million. For every 31,000 miles covered, the F1-derived engine capable of revving up to an amazing 11,000 rpm is going to require some extensive work to get back into shape. Talk about having a first world problem…

September can’t come soon enough. Meanwhile, expect more teasers to be released in the months to come as a way to ease the wait for those of us not on the ultra-exclusive list of preorders.