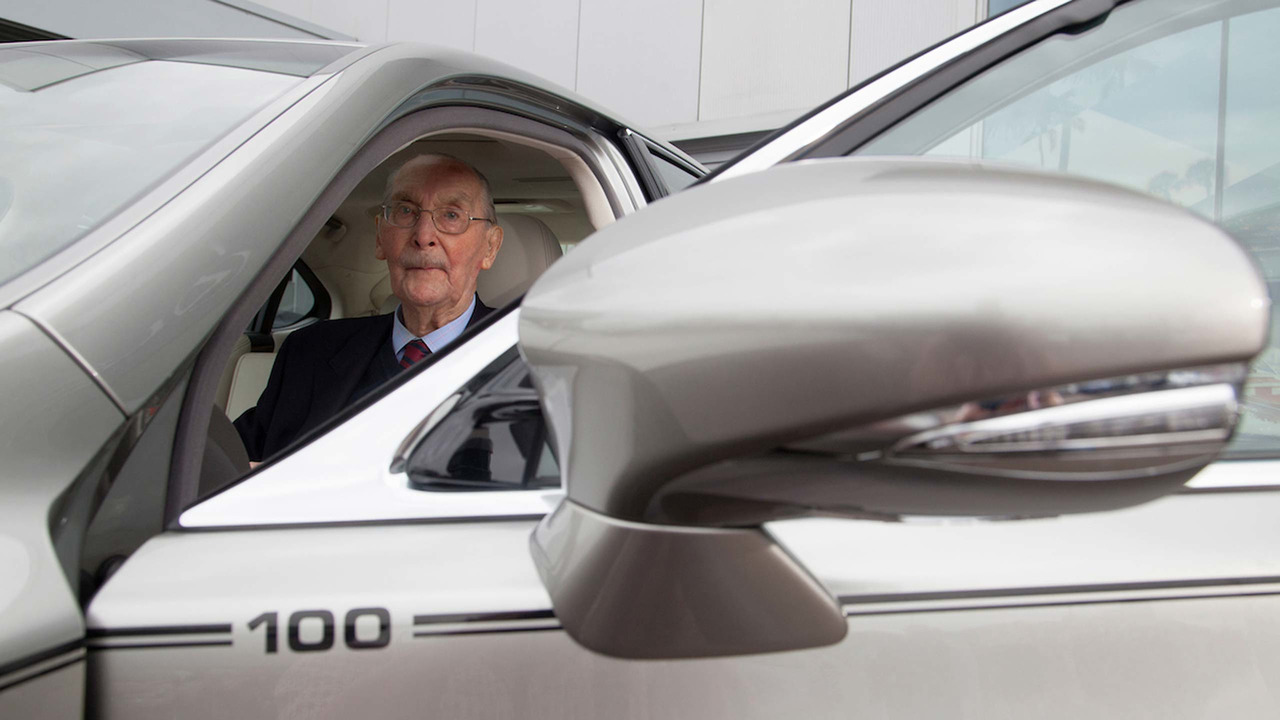 How would you treat yourself for your 100th birthday? For Barry High OBE, it was a no brainer - he went straight to his favourite car dealership and ordered £100,000 worth of Lexus.

100-year-old Barry is a loyal customer, reportedly buying as many as 25 cars from Lexus Cheltenham over the last 16 years. So, when Lexus UK heard he was treating himself for his centenary, the brand created a one-off special edition just for him.

Not that Barry will use that performance. These days, he has a chauffeur for driving him about - and, with an OBE for services to charity and an army rank of Major under his belt, who can blame him?

"He has been purchasing Lexus' cars for years,” senior sales executive at Cheltenham Lexus, Dean Cordell told Gloucestershire Live. “Lexus is aware of this and wanted to do this for him, and Barry took us up on the offer. Once it came off the production line it was made into something special for him - it's a real one off.

"The day went very well indeed. The car was all under wraps and undercover when he arrived. There was a formal celebration and a toast of champagne – he was extremely pleased."