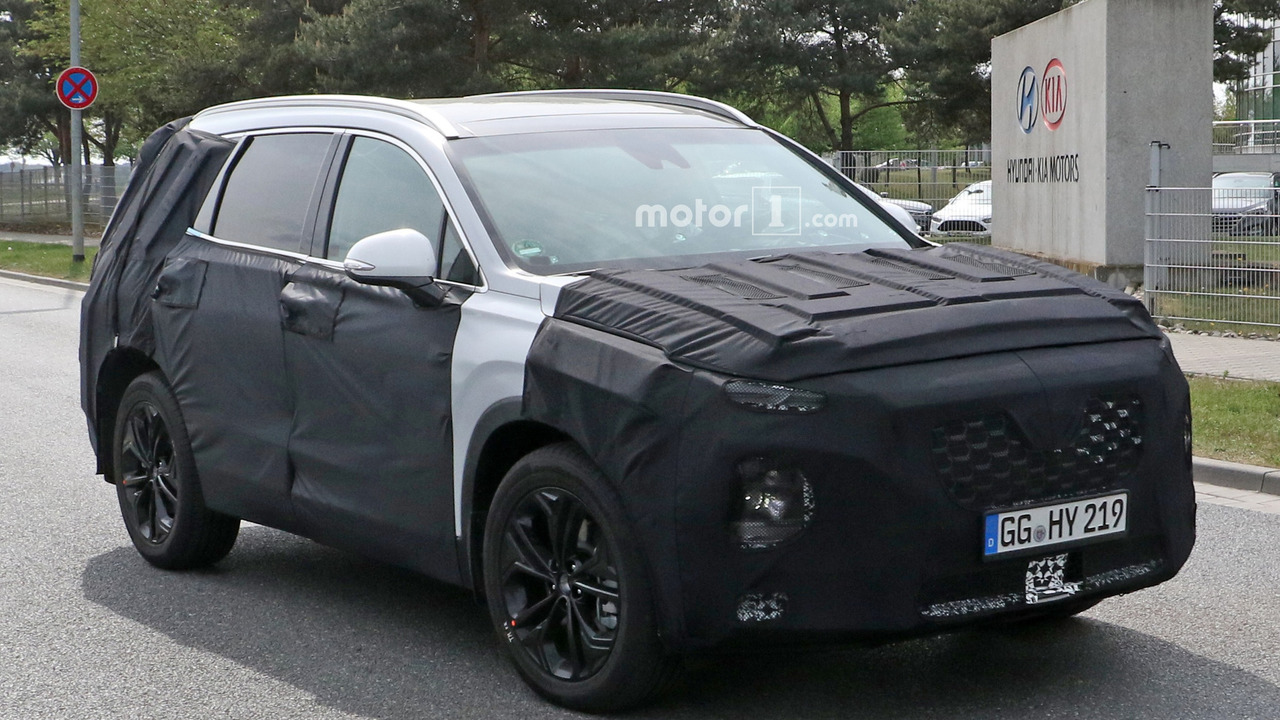 Future Santa Fe features split headlights with a strip of LEDs near the bonnet.

The next-gen Hyundai Santa Fe has left the chilly arctic and testing is now underway in Germany. Perhaps reflecting the warmer weather, the upcoming large SUV has shed some camouflage: Hyundai no longer bothers to use swirling camouflage on the sections of the body that the cladding doesn’t hide. This reveals a little of the sculpting on the front fenders and the mirrors.

Hyundai seems to be developing a unified look for its SUVs that includes broad grilles and two-tier headlights. Both design elements are evident on this Santa Fe test mule, and they also appear in spy shots of the Kona compact crossover.

A concealment panel at the rear distorts the Santa Fe’s profile, and the vehicle isn’t actually as boxy as this one appears. The roof has a slight downward curve but not enough of an arch to impact cargo space negatively. Hyundai’s team does quite a good job at hiding the rear, but the narrow, horizontal taillights are largely visible in these photos.

The powertrain for the next Santa Fe remains a mystery. A choice of front- or all-wheel drive should remain on the options list, though.

Over in the U.S., Hyundai Motor America CEO Dave Zuchowksi recently revealed that customers confuse the five-passenger and seven-passenger Santa Fe. The larger model thus reportedly receives a new name for its next generation as a way to differentiate the pair. Whether this change carries over to Europe remains to be seen.

Expect the latest generation of the SUV to arrive in the latter half of 2018.