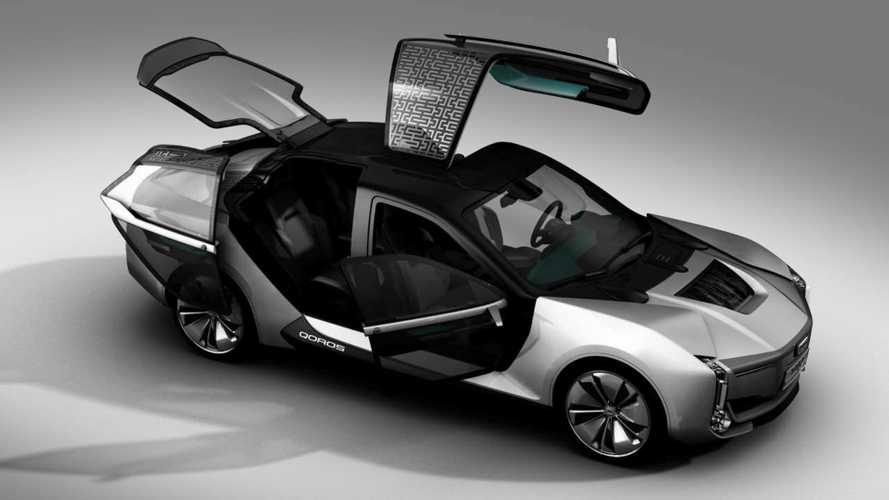 Too bad it’s just a concept.

Together with Koenigsegg, Chinese automaker Qoros has released in full its new luxury concept at Auto Shanghai in its home country – and it’s surprisingly lovely, as strange as it may be. It’s called the K-EV, and of course, the moniker signifies it electric tendencies. We’ve already seen a few leaked images of the concept earlier in the week, but now we get a closer look at exactly what the Chinese automaker has to offer.

Stretching out to almost five metres long, the K-EV puts to use four electric motors rated at 870 horsepower combined. The concept is supposedly aimed directly at competitors like the Tesla Model S, the Porsche Panamera E-Hybrid, and similar electric and hybrid luxury options in the segment.

From a standstill, it will sprint to 62 miles per hour in "less than 2.7 seconds", and reportedly continue on to a limited top speed of 162 mph. The battery pack allows for a range of more than 300 miles, and can be recharged via plug or by inductive charging, the latter of which can be controlled remotely.

A carbon-fibre monocoque chassis gives the cabin a sporting theme, while a central screen with a touch-pad interface and a digital gauge cluster further promotes the futuristic theming found on the exterior. The rest of the cabin gets a minimalistic feel, with grey cloth (wool?) seats and teal accents on the door panels.

Speaking of the doors – not only are they transparent, but also asymmetrical. On the left side we see a front gullwing with a sliding rear. On the right, we see a standard front with the same sliding rear. Combine that setup with LED headlights and taillights, a luxurious-looking front and rear fascias, and a strangely angled suggesting the possibility for solar panels.