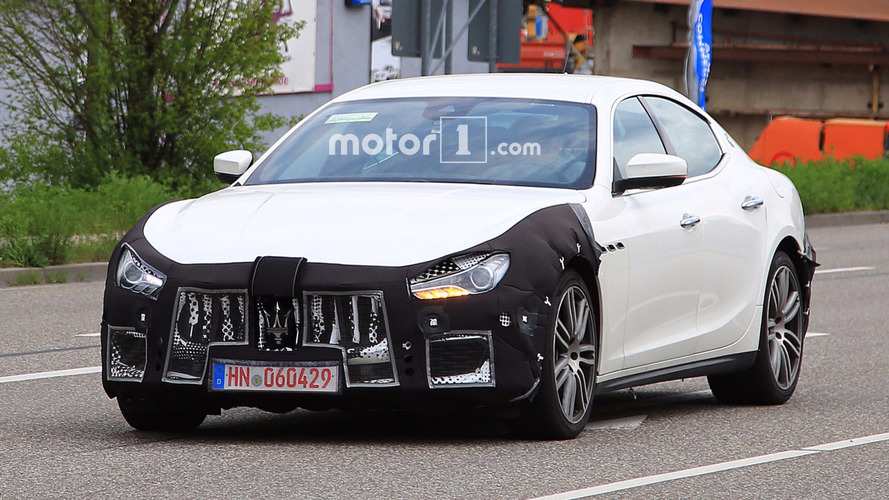 It's already time for a mid-life facelift for the Ghibli.

A little over a month ago we caught Maserati piloting a very angry-looking Ghibli saloon through the snowy Sweden countryside. Heavy camouflage covered the front and rear bumpers, but it was the pair of black tape stripes on the hood that had us both amused and a touch befuddled. Was this an attempt to conceal some kind of minor redesign on the hood, or was it just a red herring with the added bonus of giving the Ghibli a seriously ticked off face?

The latest spy shots taken at a Maserati supplier’s facility in Germany have pretty much the same camo, minus the evil eyebrows which forces us to conclude this Ghibli much prefers a warmer climate. We also conclude that a minor redesign to the headlamps is forthcoming, along with tweaks to the grille and bumpers. We can see what appears to be a larger honeycomb mesh behind the coverings, and the pillars in the grille seem a bit more prominent.

The rear bumper is also no doubt subject to some minor enhancement. A quick glance suggests body colour trim between the exhaust tips is forthcoming, with perhaps some kind of diffuser element included. Camo above the number plate points to some additional trim changes there as well.

Since the Ghibli received powertrain updates for the 2017 model year it’s unlikely the current refresh will be more than just skin deep. The base model offers 350 horsepower from a biturbo 3.0-litre V6, with the same engine tuned to 404 horsepower in the S and all-wheel drive Q4. Interior tweaks could include updated trim with potentially some infotainment updates.

We expect to see the latest Ghibli revealed later this year at the Frankfurt Motor Show. 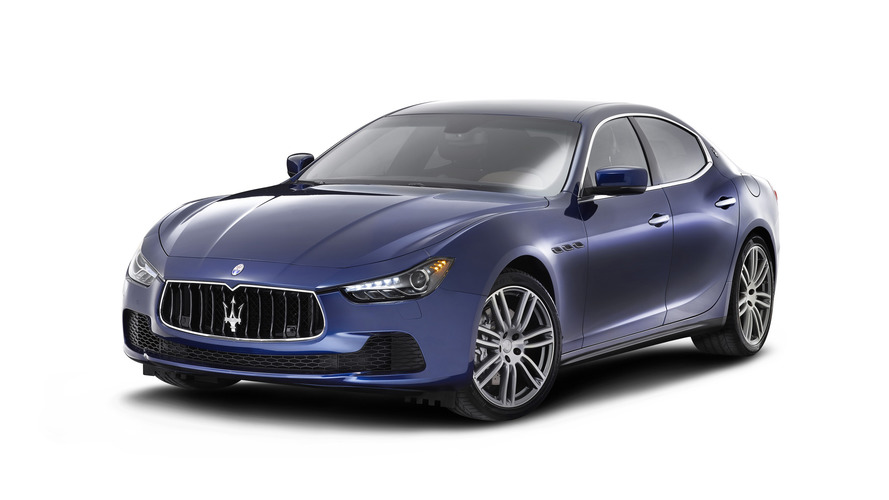